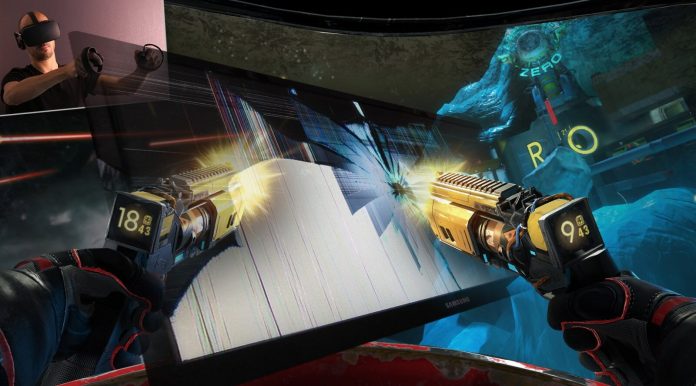 VR is really quite the contact sport, and there are plenty of instances where people hit their furniture, or their large screen TVs, or even computer monitor screens by mistake.

These stories are so common that it might be wise to take a few precautions to make sure you don’t take your expensive television to pieces in the course of an intense VR session.

An expensive television is a loss, of course, but if you happen to punch a wall by mistake it could even lead to serious injuries. Another thing that could happen is that you strike another person, or a pet in VR.

However, there is no need to give up on VR, because with a few simple safety rules in place, you can be sure to protect your television, or the people around you during intense VR sessions.

This is really by far the best tip. You know that most virtual reality headsets such as the Oculus Rift or the HTC Vive allow you to set a safe zone.

This ensures that you don’t bump into furniture or hurt yourself striking a wall. The reason these things still happens is that people then to try to push that safe zone outwards as much as possible.

This is a big mistake.

They’ll set the edges of the safe zone so that it almost touches their furniture or their television, and then they wonder why they tend to break things by going beyond those boundaries. Here’s a small tutorial on roomscaling for the Oculus Rift.

The key to avoiding breaking things beyond the limits of your safe zone is to reduce the edges of the safe zone by about two feet.

By pulling the edges of the safe zone inwards about two feet, you create a two feet buffer space that will ensure that even if you step or move past the boundaries of the safe zone, you will still not end up breaking anything or hurting yourself, or anyone else.

Build yourself a Shield

If you’re really worried that you might break through your TV by mistake during one of your more energetic VR sessions, buy a plexiglass sheet that is about a quarter of an inch in thickness, and the size of your TV.

Now stick strips of velcro to the TV and the plexiglass sheet, so that you can attach or remove the plexiglass sheet from your TV whenever you wish. This is cheaper than TV armor, but it doesn’t look too elegant, and of course you need some basic DIY skills to put this together.

If you’d prefer a more elegant solution, you can just buy ‘TV armour’. This works very well, and is reasonably priced. TV armour also gives you better visual clarity. Check out the latest deals on TV armor on Amazon…

Check out the TV protection on Amazon

Put out a VR alert

The best thing you can do is to alert people around the house when you are about to engage in a VR session. Alternatively, you can simply shut and lock the door before you start up your latest VR game. Make sure that everyone knows that you cannot see or hear them in VR.

Drink and VR don’t go together

In reality, though, there is a great deal of balance required for VR, and your senses don’t work as well as they do in everyday life.

If you drink before a VR session, there is a good chance you could stumble and put your hand (or head!) through the screen of your expensive television.

A seated VR session is safer

If you play your VR games seated, you’ll find that there is a lot of safety in this. Yes, a good many games feel much more intuitive and are more fun when you play them standing, but this is also more dangerous to yourself, to the people around you, and to your furniture, televisions and computers.

If you can show discipline and maintain the limits you set in VR, then engaging in VR while standing is perfectly safe. But if you feel that you lack the discipline to maintain your position and not exceed the boundaries that you set in VR, then sitting in a chair while engaging in a VR session is probably the safest thing that you could do, as there is no danger of you striking an object or a wall, or stumbling over some furniture.

There are even some very interesting VR Chairs available that can make a seated VR experience astoundingly immersive.

While the controllers for headsets like the Oculus Rift or the HTC Vive generally have a safety strap that keeps the controller attached to your wrist even in the midst of an intense VR session, there are still stories of people swinging their arms wildly and letting go of a controller – which then flies across the room and breaks the television, or even hurts someone. 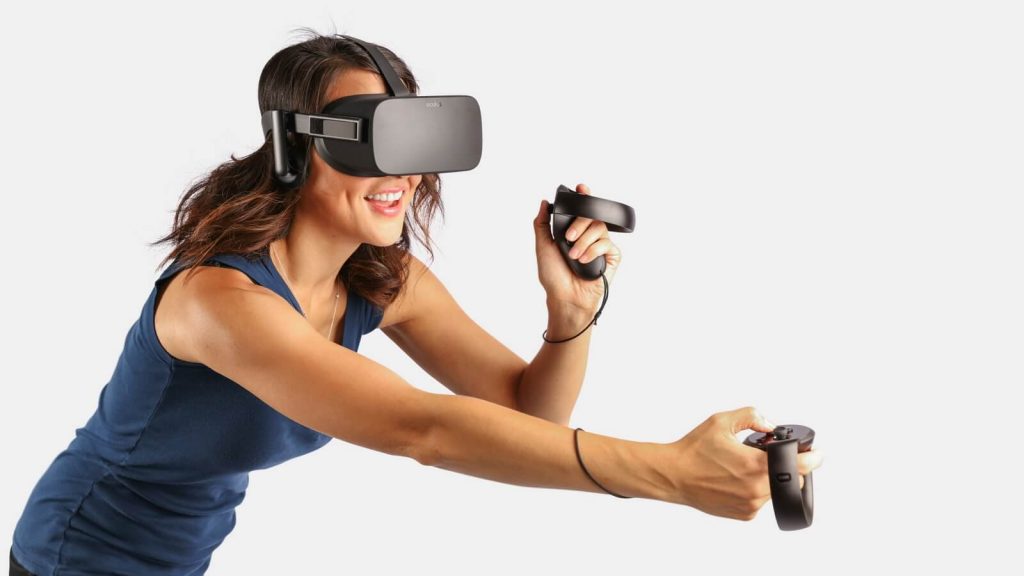 To prevent this, make sure that you hold your controllers tightly. Just because you are throwing a rock in VR, doesn’t mean that you need to enhance the realism of the experience by actually flinging your controller across the room and straight through your expensive television.

Remember that a VR world can be rather convincing

It can become difficult to remember that the controller you hold in your hand can actually fly across your living room in reality if you let go of it. Immersion in virtual reality shouldn’t extend far enough into the real world that you actually start breaking things that you’d rather not.

Just remember to ensure that the safety straps are well fastened around your wrist, and you have nothing to worry about. These are very simple tips, but following then can ensure that you don’t break expensive accessories around your house, or hurt someone, or even yourself.