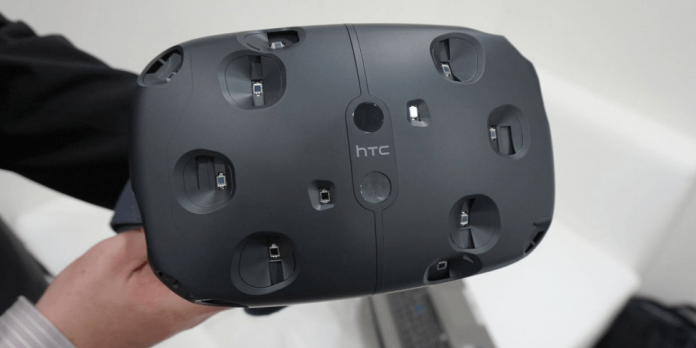 One of the signs that VR is still a developing technology is the fact that people are, for all practical purposes, blind when they put on a VR headset. If you stop to think about it, you’ll wonder how companies that make VR headsets could be so, well, blind.

After all, how convenient is it to be completely without vision while playing a game, even in your own living room?

A lack of fore-sight

Those words can be taken in two ways.

But seriously, the fact that companies that make VR headsets did not foresee the problems ‘virtually blind’ users would have, or develop a means to counter this with the first generation of headsets, shows that VR is still a technology in its very infancy. I think that the tracking technology ‘leaped ahead’ – that is to say, the headsets were actually designed for ‘passive gaming’, when suddenly some pesky programmer or hardware guy came along and said – ‘Hey, why not add tracking – then players would actually be able to move around in a game.’

The idea was too good not to implement, but it had to be implemented on the already-designed VR headsets, which effectively left the first generation of VR players ‘blind to reality’ so long as they wore the headsets!

After involuntary protests from stepped-on animals, and small children…

Yes, now that enough people have tripped over cats and stepped on children, HTC Vive has developed a camera that can allow you a glimpse of the world when you activate it, or at certain preset instances, such as when you come to the boundaries of the pre-set play area.

However, even now, the forward facing camera does not offer you a true-to-life glimpse of the real world.

Instead, you get to see a strange greenish version of reality, as viewed by ‘the terminator’ or ‘the borg’.

A better camera system would be great for Augmented Reality

Ideally, what I think should be the system in place on any VR headset is two cameras, the average distance apart of the human eyes, which provide direct feeds to each of the screens inside the headset if necessary, actually creating, for all practical purposes, a binocular three-dimensional view of the real world.

This isn’t much use today – but it would be a massive advantage to developing augmented-reality systems that would completely change the way we interface with PCs.

However, let’s not predict the future… it isn’t here yet!

Yes, Augmented Reality will be a reality some day…but not today!

For now, a forward facing camera is an option that is certainly, despite the distorted view it provides, a great option to let you know when a child enters the room, or when your pet is somewhere around. It also allows you to execute simple tasks that you may want to do while still not completely exiting virtual reality.

It’s very easy to set up – all you have to do is start SteamVR, and in the settings, select the option for the camera. When you click on it, there will be a checkbox that allows you to enable the camera.

There are lots of fairly self obvious settings, which you’ll have to go through. One nice option is getting the system to automatically activate the camera when you reach the limits of your play area. Other than that, you will be able to activate the camera whenever you please, simply by “double clicking” the system buttons. After you’ve done all this, you need to exit and restart SteamVR once again, and your forward facing camera should be operational. As I said, it’s easy and simple to set up, which I applaud, but at the end of everything, you’ll end up with the creepy, rather distorted visual experience of your real environment that you can see in the videos below…

Is the system satisfactory?

Will this allow for augmented reality at a later stage?

Unlikely. If it does, it will be an augmented reality solely accessible by terminators and borg.

Does it work, for the purpose for which it is designed?

Yes. Kids and cats now have a relatively ‘protected’ status, and are no longer on the endangered list.