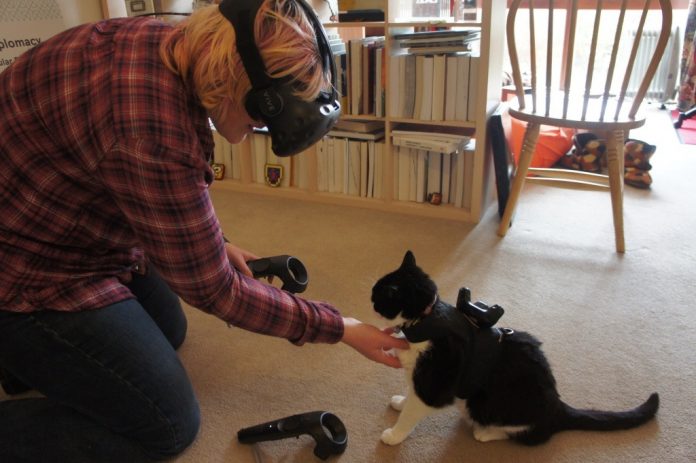 One thing about the immersive VR experience today is that it can clash with reality in surprising ways. Let’s explore how. You set up your HTC Vive, ‘train it’ for your room, and immerse yourself in a game.

Things work very well, until your cat becomes curious about what you’re doing, and steps right in front of your legs. You, of course, can’t see it in VR, and trip over it.

This is embarrassing, and can affect your relationship with your pet

After all, you’ve already started treating it as if it were invisible.

Actually, the same thing applies to other people –  you can’t see them in VR, which is a bit of a problem, but at least other human beings know that you have a VR headset on, and that you can’t see them. The same doesn’t apply to your pet.

This can – and does – lead to accidents

Not any longer. Triangular Pixels, a game development studio, has developed ways to track your cat in VR, by strapping a jacket on your cat that contains a HTC Vive Tracker.

We are assured that the jacket is comfortable, and will not offend your cat’s sense of aesthetics. 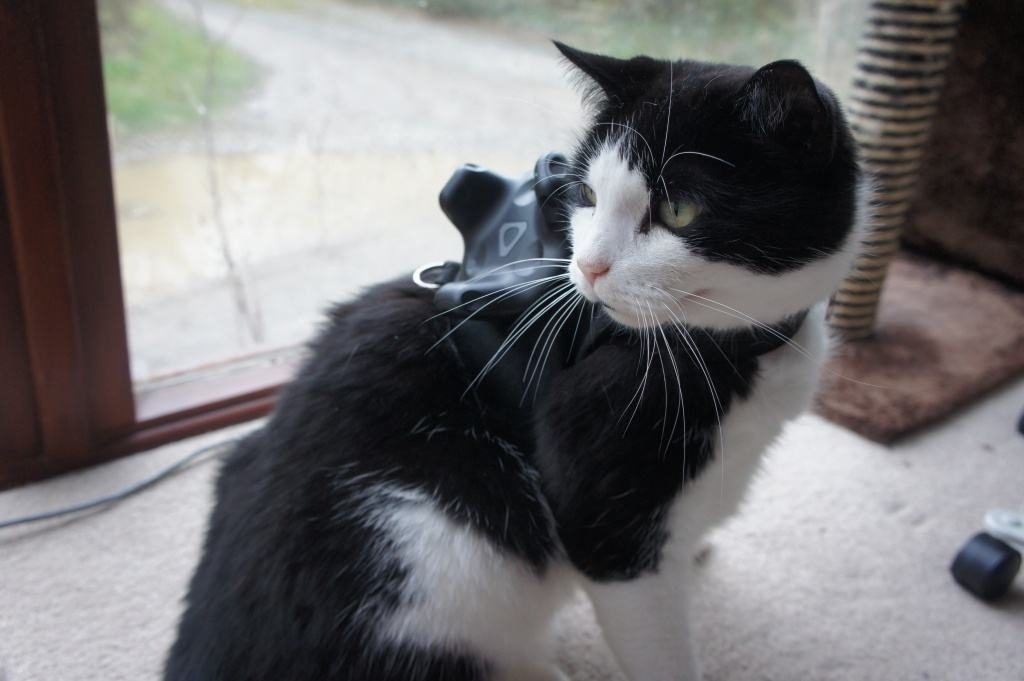 Software from a studio of cat-owners

Triangular Pixels is a four-person team that make VR games, and each of whom has a cat, so it seems rather inevitable that they would develop this particular software.

But the fact that the development team themselves have cats actually assures one that the hardware and software will really work together. For example, the harness that the cat wears has been designed to easily be removed from an impatient dog or cat, or to come off if it happens to get stuck or caught somewhere.

At the same time, it’s also designed to stay on the pet through any playing or rolling around that the pet may do.

But the tracking system works

You can now see your cat while you are in VR. The system not only tracks the animal, but can also tell you what it is doing – walking or sitting down. It creates the little ‘cat avatar’ that you can see in the video.

In the next video, the cat’s avatar wanders through the corridors of ‘Unseen Diplomacy’, the studio’s recent offering. Of course, the cat is immune to lethal traps and laser trip-wires in VR.

Cats are a privileged species.

Where does the tech go from here?

Well, at the moment, it’s keyed to cats. But Triangular Pixels say they have plans to modify the device to handle dogs and other pets as well.

Ultimately, Triangular Pixels hopes the device will allow children and human companions to be seen in-game – which has been rather a flaw in virtual reality since it first was developed.

Virtual Reality is still pretty much a ‘single person’ experience. Technology of the sort being developed here might one day allow us to share Virtual Reality with our friends – or even to allow us to take our pets to virtual worlds. 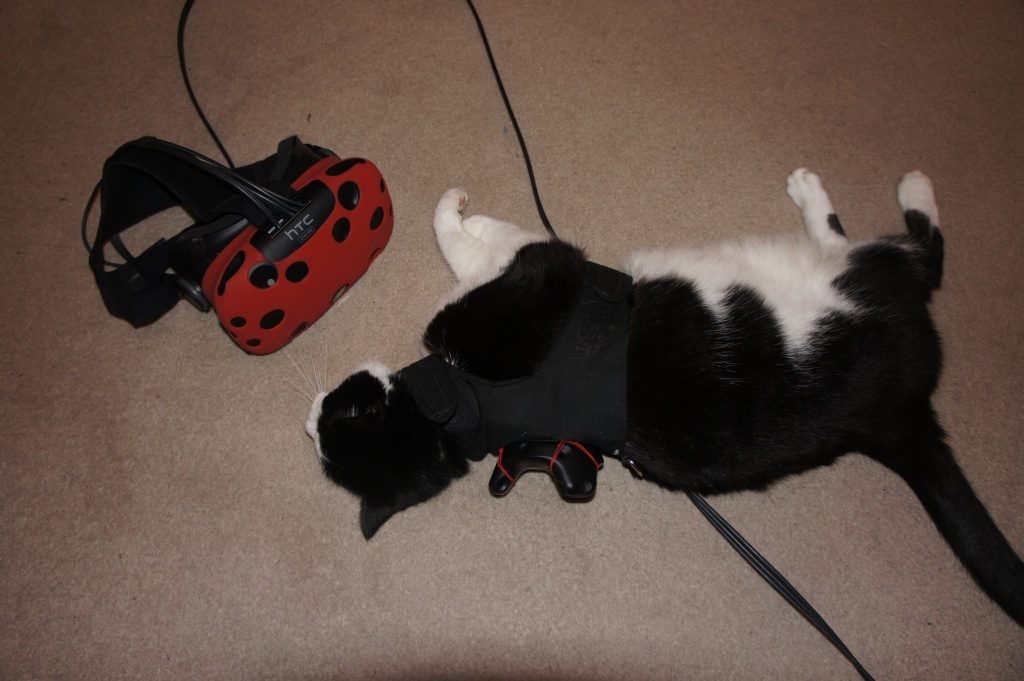