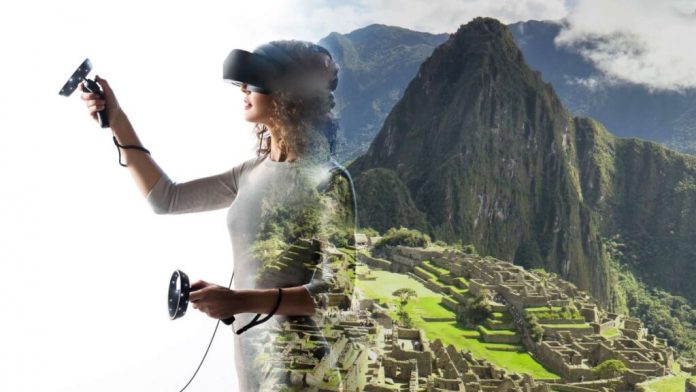 There are plenty of VR gifts that you can give at Christmas, and what gift you choose will really depend upon the person you’re buying it for. There are lots of options available, and something for everyone. There are games and headsets for games enthusiasts, and other headsets that are geared to the sports fans, as well as headsets that will allow your family to explore the world, or access interesting Christmas-themed VR experiences. There are even headsets and applications that can allow an artist to explore the fascinating new field of VR art. 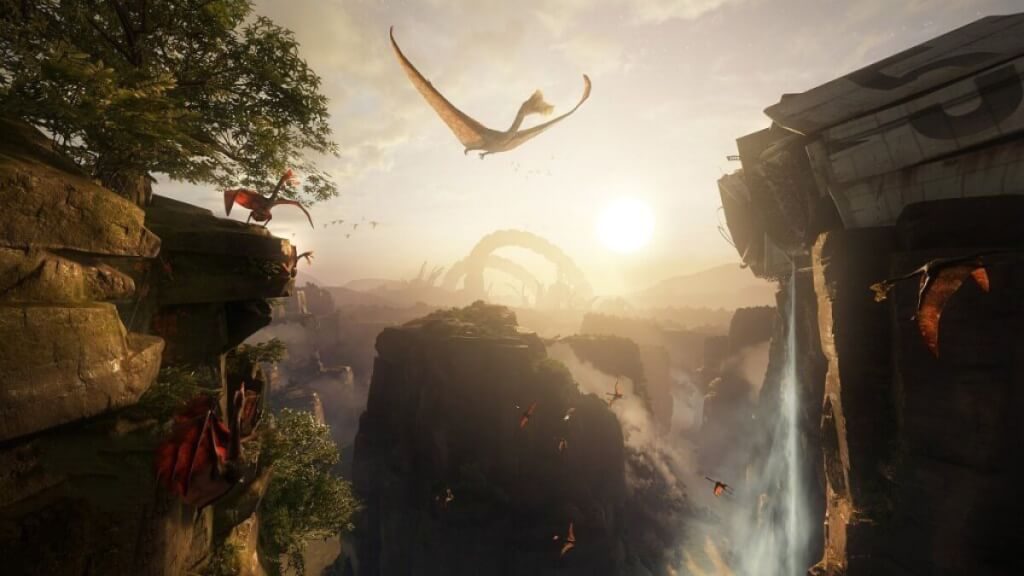 We’ll be exploring all the options that VR offers, and all the VR gifts you can give this Christmas.

If the person you’re thinking of giving a VR Christmas present to doesn’t already own a VR headset, then the VR headsets themselves make great VR gifts.

If a person does own a headset, then you can browse the internet looking for the ideal applications for that headset and perhaps make them a present of some of those applications. VR movies also make great presents.

However, if a person doesn’t have a VR headset, then the combination of a VR headset and an interesting application would make a wonderful present for Christmas, and make sure that their New Year starts out on a happy note. We’ll be listing the different headsets and applications below, categorized according to the kind of interests and hobbies they’d suit best. Browse through them all and choose the headset or application that you think is most suited to the recipient you have in mind. 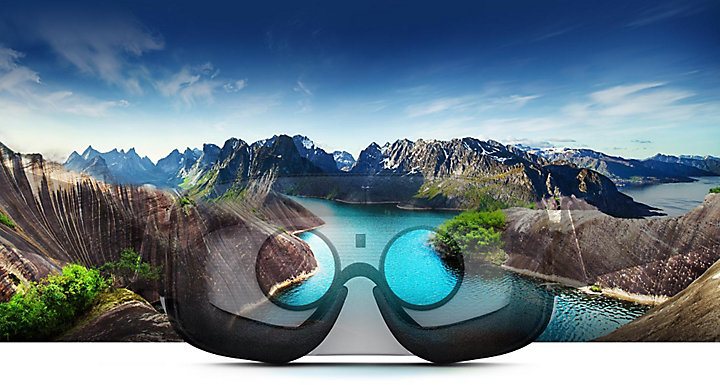 For the Dedicated Gaming Enthusiast 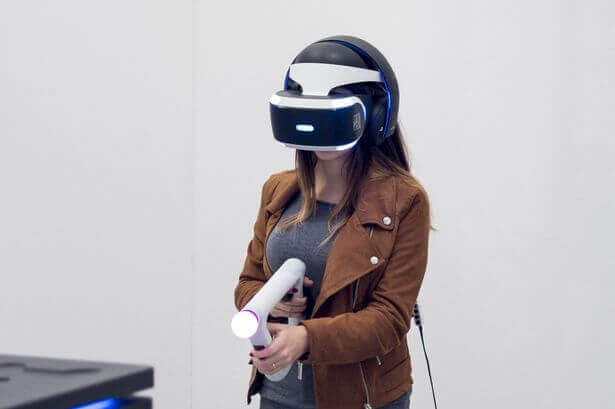 Perhaps the most important advantage of a Playstation VR is that if the person is already into games and owns a PlayStation 4, giving them a VR headset based upon that PlayStation won’t require that they upgrade or purchase a high end computer. That said, if the recipient already owns a PlayStation 4, it makes this VR bundle one of the least expensive on the market, with the headset often coming bundled with a PC game, and all within $400. The Playstation VR bundle includes Move controllers, and this will allow games enthusiasts the widest range of options as they explore the world of VR gaming.

Find out what the recipient likes before buying controllers

It would certainly help to find out what a recipient’s favorite games are in advance, as you can then get them controllers that are most suited to those games. If they like fantasy games like Skyrim, a pair of Move controllers would be the best, but if they prefer first person shooters, such as Farpoint, it would be best to give them Sony Aim controller bundle.

Include a game in your gift

If you want to make a gaming enthusiast’s Christmas really special, the best way to do so is to not only give them the hardware, but also a game that is in the genre that they like. As I mentioned earlier, it’s best to have some casual conversations with the recipient to find out what their favorite genre is, as this can really be quite important.

For those who like role playing games and fantasy, there is hardly anything better in VR today than Elder Scrolls V: Skyrim VR. Anyone who’s ever player Skyrim knows that it offers an almost limitless world to explore. Now you have the advantage of being able to explore that wondrous realm in virtual reality.

I would go so far as to say that Skyrim VR is actually a reason to purchase PlayStation VR.

Now the recipient can engage dragons in a completely immersive virtual reality that will have them leaping aside to evade a dragon’s charge. Remember that Skyrim VR is compatible with the Move controllers, which means that both combat and spells are intuitive, and will actually be based upon hand movements.

Immersive VR for the whole Family

The HTC Vive is really one of the heavy weights when it comes to virtual reality, and the headset itself is a great gift for someone who doesn’t happen to own one. It has the advantage of being created specifically for virtual reality on the scale of a room, and the latest Vive has an integrated camera as well. The ease of movement and feeling of freedom that this provides has really to be experienced to be believed. 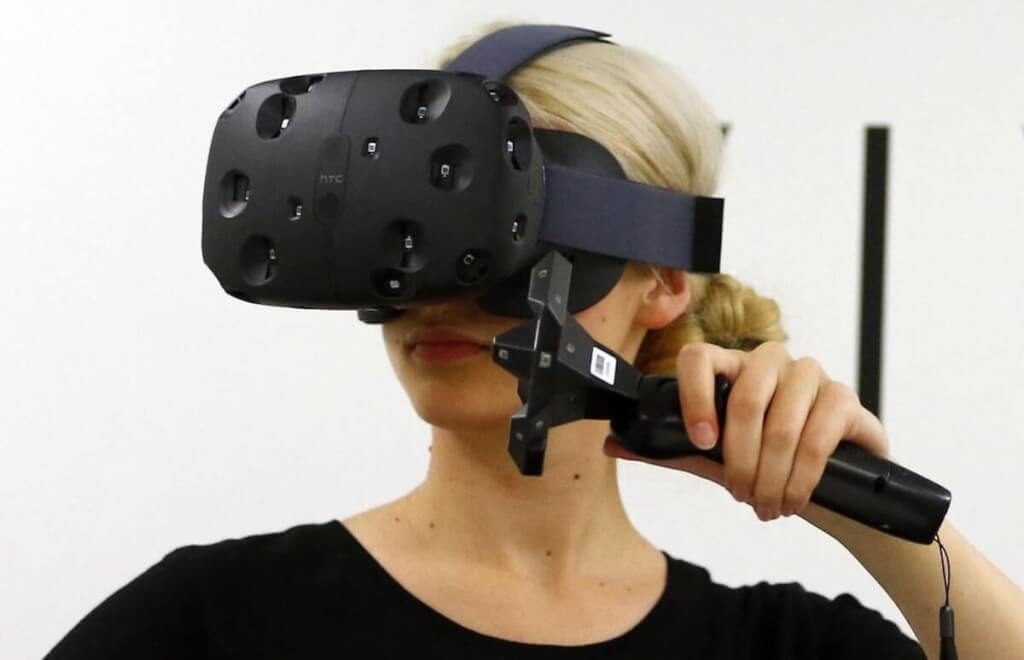 The HTC Vive also has a lot of games compatible with it, including the inimitable Fallout 4. But the Vive is actually a great gift even for non gamers, and there are dozens of wonderful applications available for people with different interests and hobbies.

Applications for the Vive

Because of the wonderful range of applications and games that are available for the Vive, it is an excellent purchase for the whole family, as there are apps available for it that suit everyone. Here are just a few examples…

The Virtual Desktop is one of the finest things available for the avid PC user or the workaholic in the family. The VR universe becomes your desktop, with an immense amount of space around you allowing you to interact with several apps all at the same time. You can have a movie playing in the background while you work on a sculpture or a spreadsheet. Virtual Desktop retails for about $15 on Steam.

Most interestingly enough, Masterpiece VR allows several people to work on a project all at the same time, allowing for combined projects. There is even a spectator mode where others can watch you and your friends as you work together on a masterpiece. Masterpiece VR costs about $30 on Steam.

3D Organon VR Anatomy is a great way to learn about the human body in detail. The program includes nearly 4000 models that detail different portions of the human body and tell you how they work. You can focus into different sections of the human body, with a level of detail that you have probably never encountered before. This program will give the average person knowledge that could only be surpassed by actually becoming a medical professional.

Tilt Brush – A lovely Christmas gift for the Artistic person

If you have an artist in your circle of friends or family, then Google’s Tilt Brush would be an excellent gift for them. This is an application that allows you to paint not in 2D, but in three dimensions, and allows you to create complex three dimensional masterpieces. You can create everything from a butterfly to entire virtual worlds, complete in every detail.

This is not quite painting and not quite sculpture, but more a combination of the two, a creation of three dimensional worlds that are in themselves both paintings and sculptures. The videos below will give you a better idea of what I’m talking about. Tilt Brush will really usher in a wonderful New Year for anyone who has the artistic instinct. Best of all, it is compatible with both the HTC Vive and with the Oculus Rift, and so is a great gift for anyone who owns either of these two headsets. Or if you would like to gift one of the headsets themselves, Tilt Brush is so cheap – just about ten dollars – that you could easily add it to your purchase to give an artistic friend a wonderful window into the possibilities of virtual reality. Here’s a lovely set of four distinct worlds created in a single artistic masterpiece…

The Gear 360 – For a VR Christmas to remember

Not all the best Christmas VR gifts are headsets or applications. One of the finest VR gifts at the moment is the Gear 360, Samsung’s glorious 360 degree VR camera. 2016’s model is really cheap at the moment on Amazon (down to a fifth of its original price), and is highly recommended. This is something to buy while stocks lasts, and it’s actually a great VR Christmas gift for all the families you know, because it will allow them to record their Christmas in 360 degree VR. Yes, the Gear 360 will allow any family you give it to to record their entire Christmas celebration in 360 degree virtual reality, giving them a Christmas to truly remember. 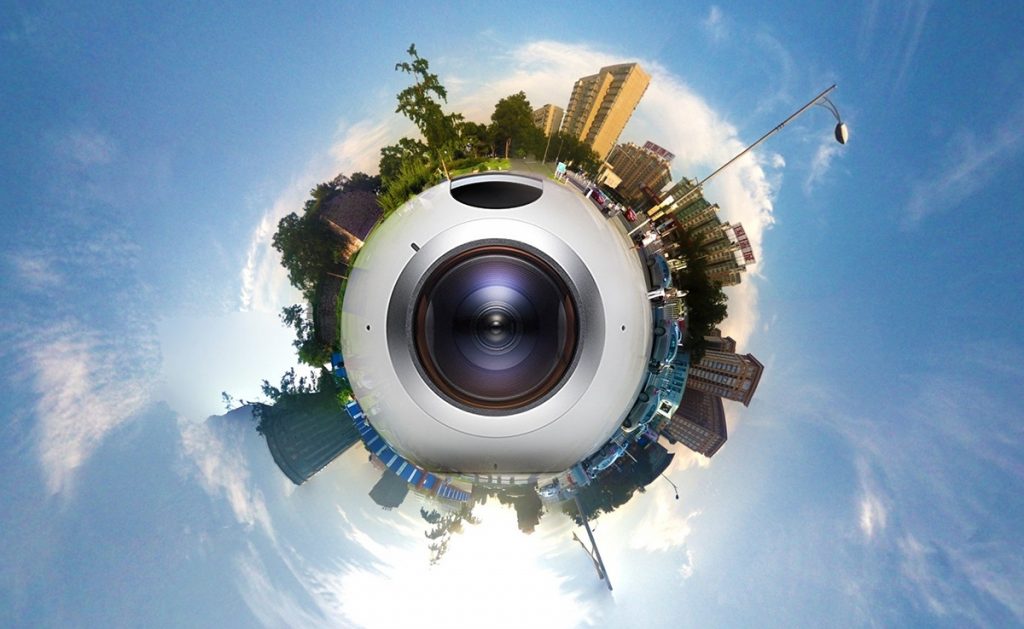 Could there be any gift that more symbolizes the spirit of the season?

In this case, your gift will  not only enhance a family’s experience of Christmas, but will virtually immortalize it. If the family you’re giving a Gear 360 to doesn’t have a VR headset, a couple of cheap VR headsets would be an excellent addendum to a Gear 360.

Make the Gear 360 and the headsets a package , and the combined cost (at the moment) should still not exceed $150 or so. Best of all, the cheap headsets are compatible with just about any reasonable mobile phone, and will allow a family to enjoy the Christmas panoramas they create in virtual reality.

NextVR – For the dedicated sports enthusiast

NextVR are a company pioneering sports VR. Their coverage of events is always increasing, with the quality of the broadcasts getting better every year. Not only do you get ringside views of boxing matches, and ‘on the field’ views of football and other sports events, but there are also interviews and run-ups to the event.

You can learn a lot more about VR sports viewing here, but compatible headsets are easily available and cheap. A few of these headsets make great Christmas gifts, especially for a group of sports fans. VR really is the sporting experience of tomorrow. With a NextVR headset, a friend or family member could access that experience throughout the coming year. Some compatible headsets are the Samsung Gear VR, Daydream View, a Windows Mixed Reality Headset, or even the Playstation VR.

And those are a summation of some of the finest Christmas gifts this season. Each of the options described above is flexible, because each headset supports not only the applications I’ve mentioned, but dozens of others as well. Do feel free to explore, because virtual reality is an ever expanding field, and the sky is really the limit.

Whatever headset or application you gift, rest assured that it will provide a brilliant and memorable experience for the recipient, and perhaps be the first step to introducing them to virtual reality, which, after all, is really the wave of the future. So you’ll not only be giving a loved one a wonderful Christmas present, but also opening for them a window into tomorrow.

And what gift could be greater, or more personal, or more precious… than that?