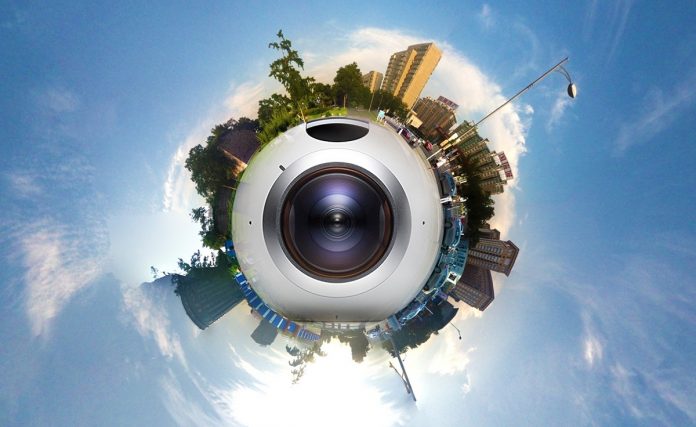 For those who still don’t know what the Gear 360 does, here’s the standard ‘propaganda’ video…

Well, to compare them, let’s start by looking at the obvious…

When you do that, you see that in the old Gear 360, the creators had placed the battery and the processor module in a little space between the two lenses. This meant that the camera was very flexible, and could be mounted anywhere – on the head while rock climbing, or on the hand when bungee jumping. People took advantage of this flexibility to do these things, and many more, leading to some amazing – or very personal – 360 degree videos, as you’ve just seen above. 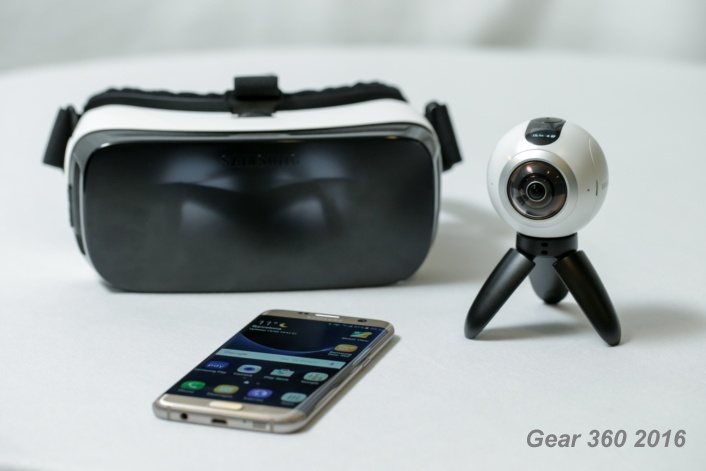 Let’s take a look at the specifications of the two cameras.

As I said above, when you compare the two Gear 360 from 2016 and 2017, you find that the old one has quite a bit more width between the two lenses, to fit the battery and processor module.

The new one is more slim, with less space between the lenses.

This is a significant difference, and we’ll come back to it later. 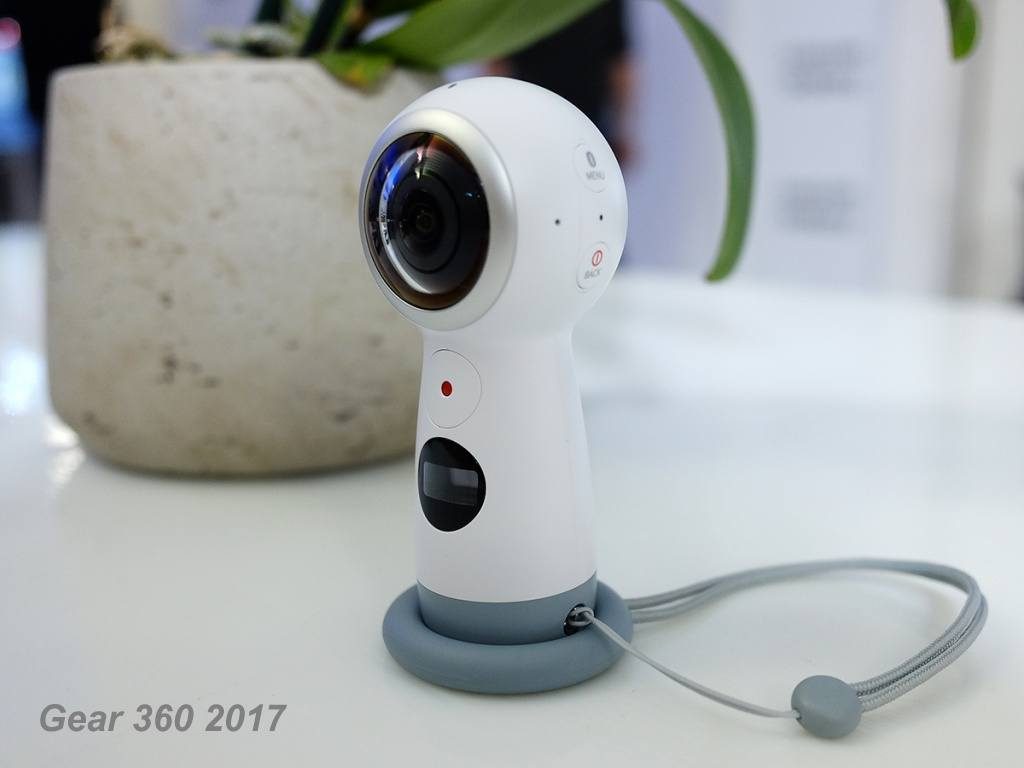 Breaking things down – which Gear 360 is superior?

As I mentioned briefly earlier, the biggest advantage of the new Gear 360 is the fact that the lenses are closer together. This makes 360 degree views more natural, and allows the images from the two cameras to be ‘stitched’ to each other more perfectly. With the older model, there were often areas of warped distortions where the images of the two lenses joined.

Of course the 2017 model of the Gear 360 doesn’t have NFC, which could be a problem for people who were used to using that feature, but it’s just as easy to connect to the device through the app, so limiting this feature helped with that all-important reduction of distance between the lenses of the camera.

So the 2017 model has distinct advantages over last year’s one?

The sensors are smaller, it is appreciably lighter in weight. Better still, the detail and resolution in the recordings is very much improved – and the high frame rates in the videos make a vast difference when you’re recording movement, whether it’s from a moving vehicle, or from a roller-coaster. Movement becomes smooth, and the choppy low-frames that can cause motion-sickness with VR headsets are completely eliminated.

This year’s model allows you to preview ‘little planet’ images and videos. Don’t know what those are? Look at the video below…

With 2017’s Gear 360, you can preview any scene in ‘little planet’ mode before recording an image or a video. You can also adjust sizes and other settings in the preview. This makes for much better ‘little planet’ videos or recordings.

Landscape HDR allows you to combine pictures taken with different exposures to create a more colour-correct image – this is wonderful for capturing subtle colour details in a picture of a sunset, for example. I especially like this option.

Finally, there is the looping video option. This allows you to overwrite recorded video when the camera comes to the end of its storage space. I’m not very much in favour of this option, but some people might like it.

Anyway, the important thing is that 2016’s Gear 360 doesn’t have these features, and they can be useful, depending on the situation. They’re also interesting features to play around with.

So let’s get down to the real question…

Well, the 2016 model Gear 360 is perfectly fine. But 2017’s model is the definite must-buy because it, quite simply, takes better 360 degree images and videos. If you throw out every other difference between the cameras, it’s that 20mm difference in the space between the lenses that makes the 2017 model vastly superior.

2017’s model is the better camera for taking smooth, perfectly ‘wrapped’ 360 degree videos and images with, and that’s why you should buy it for.