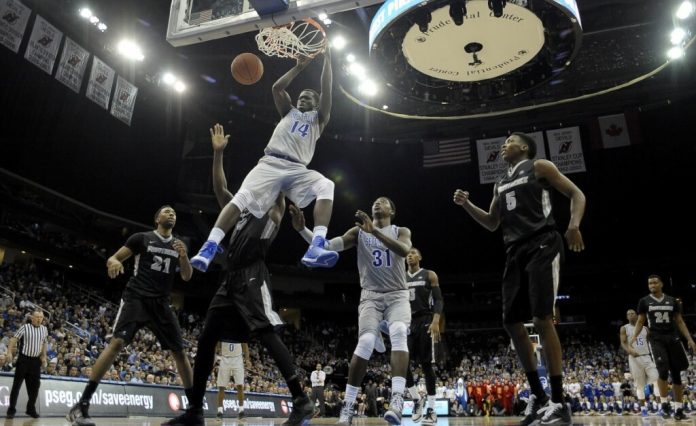 3D cameras have become fairly common at many sports events today, but most especially in football. This really gives sport fans exceptional views of the game, in some cases even superior to buying a ticket in the stands, because the 3D cameras allow you to shift from camera to camera at will, thus allowing you to view the event from different angles.

Not only that, but the regular 2D sports feed also appears in Virtual Reality, so that you can pick up crucial shots and action replays as well. This leads to a far more interactive experience that allows a spectator to really choose his or her point of view while taking in the action. Generally speaking, all you need is your VR headset, and you’re set to go.

The Olympics in VR?

As a matter of fact, the last Olympics actually experimented with Virtual Reality, broadcast by major networks like the BBC and NBC. And they did succeed in doing it… to some extent. That was a first in Olympic history. 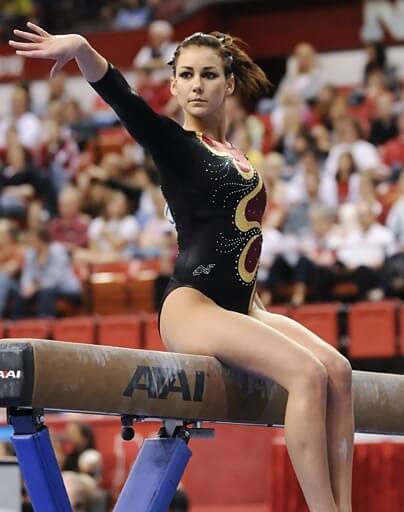 The games were viewable by anyone with a VR headset, but unfortunately, to view an event in VR, you had to wait till the next day, as the VR broadcasts were delayed for 24 hours due to the fact that the technologies were still in a fairly experimental stage.

However, the technology has come a long way in the single year that has passed, and today matches in various sports are broadcast in VR and are streamed live smoothly.

Exciting as all this is, it’s limited to certain platforms. The high-end platforms such as the Rift and Vive don’t have much going for them here.

NextVR dominates at the moment

NextVR is the company that’s pioneering sports coverage in Virtual Reality, and compatible headsets are cheap and easily accessible. All you have to do is slip on one of these, access the NextVR site, and you’re with your favourite team, watching them win or lose their current event in Virtual Reality.

What can you watch with NextVR?

NextVR more or less started out with delivering incredible NFL and International Champions Cup content. They specialize in post-game highlights, not live streaming, but they’re good. You get to see brilliant close-ups and highlights in incredible 3D – and since these are highlights, there’s not a moment when you’ll be bored. This is the VR experience for the sports VR enthusiast. 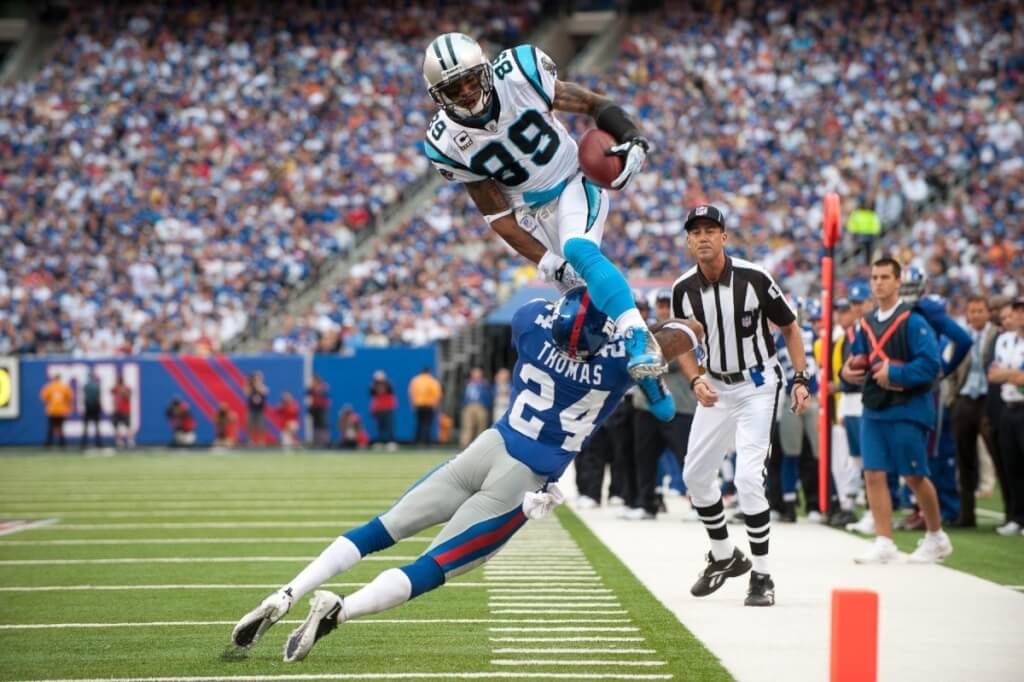 What else does NextVR deliver?

The NBA live, as well as some of the best ringside boxing action. There’s also Wimbledon, as well as various non-sports events, such as World of Dance.

Make no mistake, NextVR is the cutting edge of sports VR technology today. Considering the low cost of a compatible headset, if you’re a sports enthusiast, there’s no excuse not to get one today. Trust us, it’s a decision you’ll never regret, as you experience your favourite sports more up-close and personal than you ever have before.

As we said earlier, if you have that headset, all you have to do to get started is visit the NextVR WebSite. 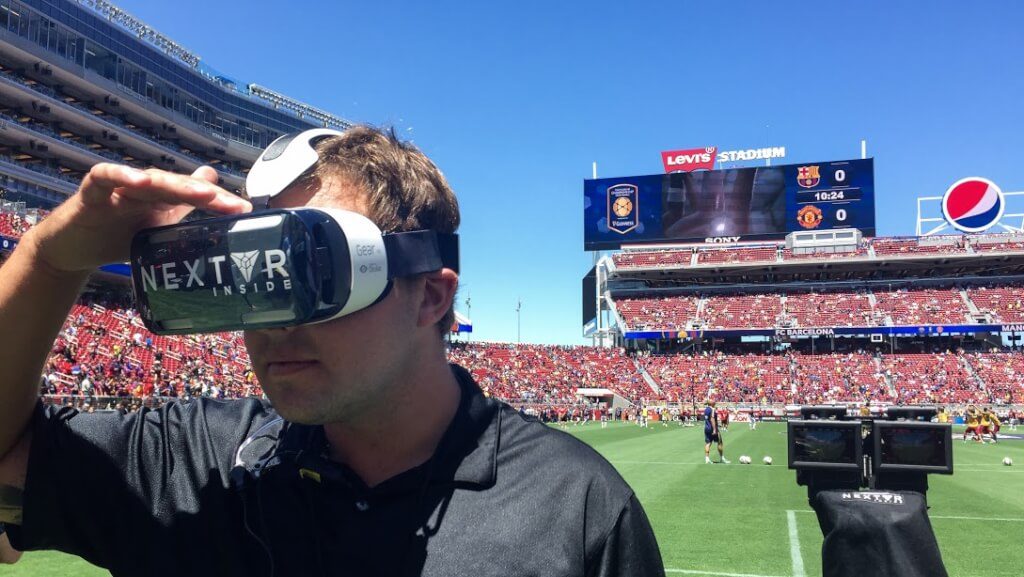 A lot of big names in sports are experimenting with different ways of relaying new perspectives of the match in VR. Only last year, a Spanish company called FirstV1sion used small wearable cameras to allow VR feeds to be streamed from the players’ perspective itself.

Not only do you get a video feed, but an audio feed as well.

There are even sensors that give you a continuous reading on the players’ body stats! But that’s still limited compared to what is to come.

With the players, on the field!

Yes, within the next few years, sports VR is going to shift dramatically in the direction of putting the VR spectator right on the field, at whatever spot he or she chooses to be in, giving each person a perspective on the action impossible in reality – even if you have a front-seat in the stands. Virtual reality – in sports – is going to blow reality clean out of the water.

The effort to put a person on the field in VR has been pioneered by a company called Ripley Technologies, which is already working on prototypes of cameras that will capture action in true VR to create seamless Virtual Reality renditions of sports action that can be accessed by spectators from an on the field perspective.

This technology, being experimental, has not been used in complete matches as yet, but it has been used to feature short highlights in the NBA.

However, what about the social aspect of viewing sports?

You know, settling down to watch a match with your buddies and a few beers. How do you do that in 3D? A company called Virtually Live is pioneering a way to do just this. In Virtually Live’s system each person is represented by a 3D avatar, much like in a conventional 3D video game.

These avatars can interact with each other and talk to each other.

The firm believes that this will add the social element to watching sports in VR. AltspaceVR is another company that’s trying to break into the social aspect of sports viewing in VR.  It’s likely that these companies will succeed in creating a social experience in VR, because games like Second Life have already created whole digital worlds where people interact with each other – even economically.

Compared with that, simulating a couple of buddies sitting down together to watch a football game together should be dead easy.

Yes, VR is the future of sports viewing. Shouldn’t you be in on this right now? 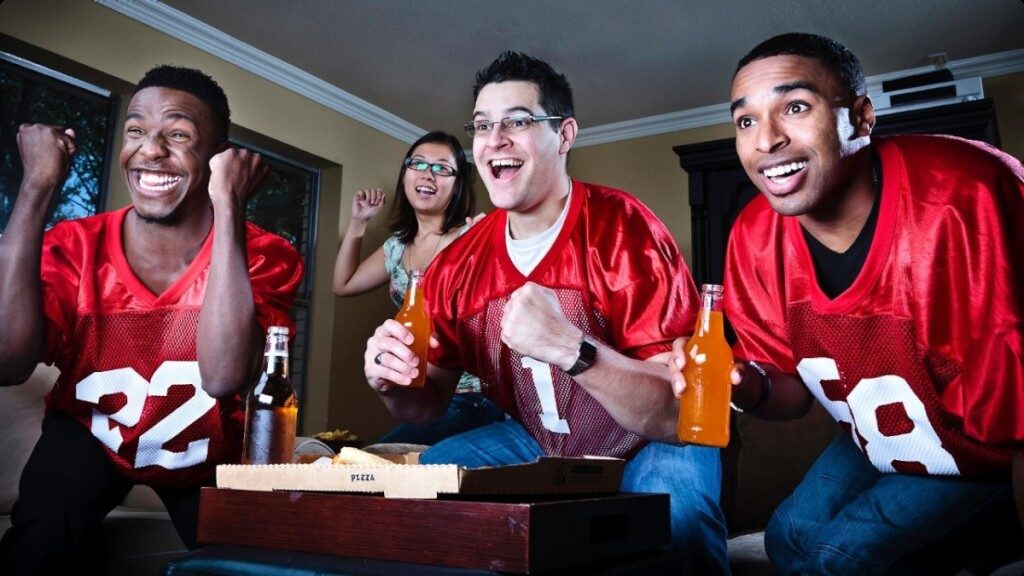