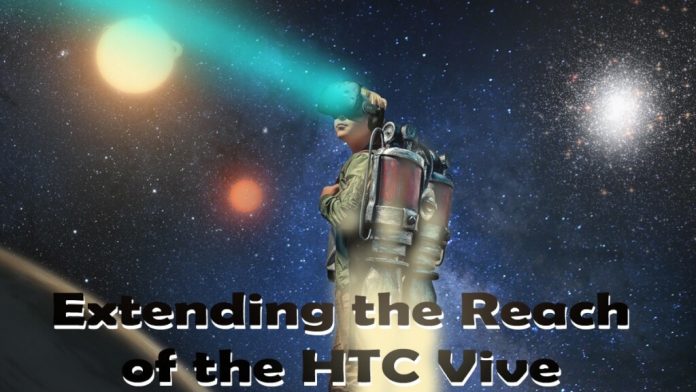 The cables on the HTC Vive don’t usually get in the way when you’re playing a game in a reasonable space. The problems arise when you want to either play in a very large area, using multiple Vives, or in a different room from the one in which your PC is sited. Both can be serious issues, since the cable on the HTC Vive is 15 feet long – quite a decent length actually, but short if you want to extend the distance from your computer for any reason.

I already mentioned that the cable tends to fall short in a large room. It can also fall short if you want to get the cables out of the way in a very active VR game, by suspending them from the ceiling. Didn’t know this was possible? Check out this great cable-management system.

Ordinary extensions to the cable cause lag…

It’s important to know that the cables that connect the PC to the VR Headset can’t be extended in an ordinary manner, or you might experience lag. This is actually caused by the long cable delaying transmissions! The lag can become even more pronounced if you have a ‘LAN extension box’ along the way – and if you want to extend the cables in the ordinary manner, it’s likely that you might have to have several. That won’t work, and will ruin your playing experience. 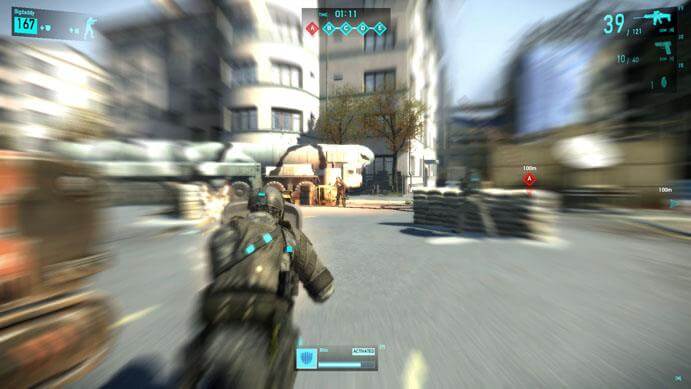 Is it possible to solve the issue, and have perfect, no-lag transmissions with a cable that is just as long as you need? Of course, but to do so, you have to use special cables designed to reduce lag in transmission, and extend the LAN using a special method that bypasses the usual LAN system.

Don’t be. I’ll be explaining the process step-by-step. It’s easy! First of all, here’s a little diagram of how the connections to the HTC VR Headset work… 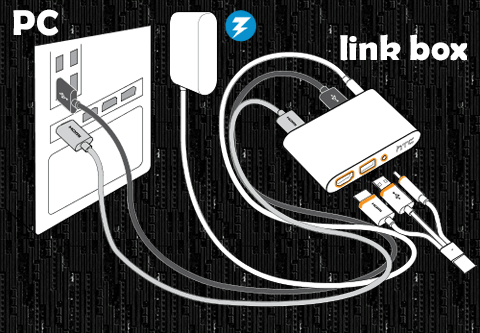 Extending the reach of an HTC Vive’s cables up to 50 feet.

This isn’t too difficult. Actually, the HDMI cable that links the VR headset to the link box is the sort that doesn’t transmit efficiently over 20 feet. But there are special cables that can do this, called ‘Active HDMI cables’. 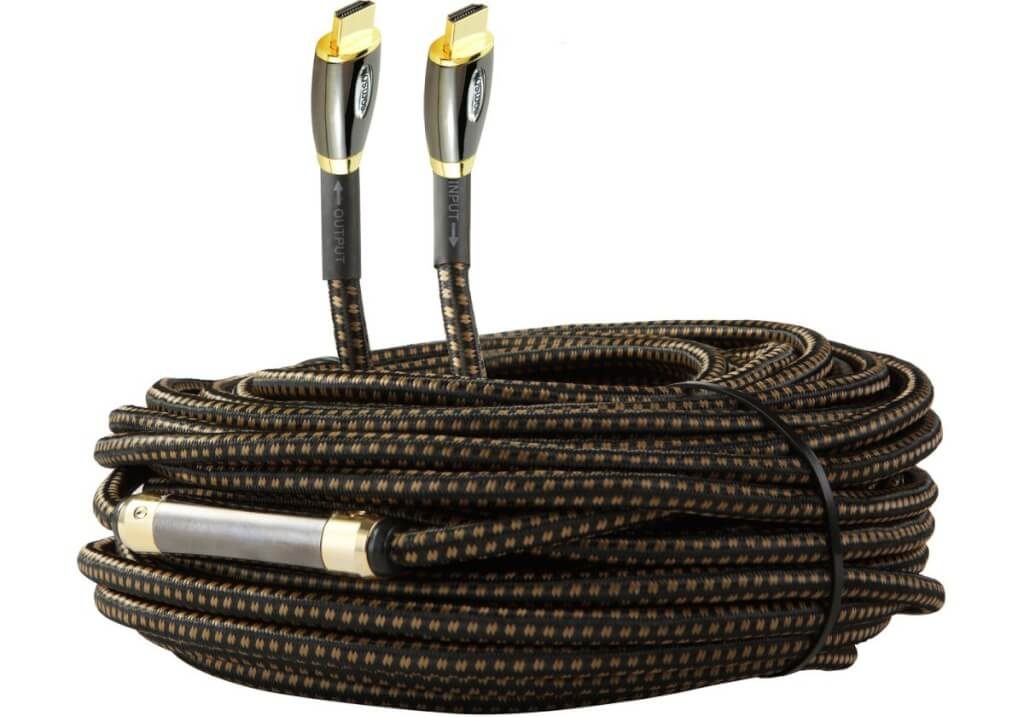 Here’s where you can get a 30 foot long active cable on Amazon. Need more length? Here’s where you can get a 50 foot cable. These can extend the reach of headset-link box link-up to up to 50 feet. So that’s one problem solved. Do bear in mind that one end of the cable is the source, and needs to be connected only to the link box, with the other end at the helmet. The cable cannot be used in reverse.

What if I need the cable to go more than 50 feet?

Alright, so that could happen. What if your computer’s in another room? What with the necessity to have a cable long enough to move around in VR, even 50 feet of high-speed cable may not be sufficient.

To extend this further, you need to extend the USB.

However, this isn’t easy, as USB is a slow-transfer system. To make it a ‘fast-transfer’ system, you’re going to have to replace it with something else.

For this, you’ll need a pair of USB-Ethernet repeaters.

These will bypass the problem of a lengthy USB cable not being able to handle the volumes of data transfer that VR requires. Here’s where you can get the USB-Ethernet repeaters. And you’ll need a high-speed cable to go along with that, of course. Plug these in, and you’re set to go, and you have a vastly increased range, and no lag.

Now you can not only use your VR headset in another room from your PC, but you have more than enough space to move around in that room, and you can suspend them from the ceiling to get them out of your way.

You have the best of all possible worlds…  in VR.