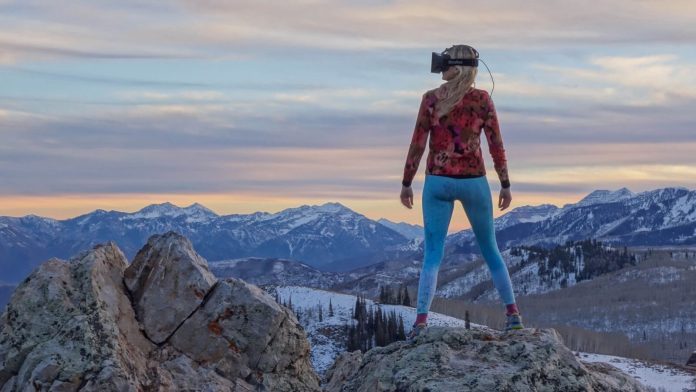 Everyone knows that the older MacBook Pros are really not compatible with virtual reality, and especially not with the Oculus Rift. Quite simply, most previous versions of the MacBook Pro just don’t have the computing power necessary for the Oculus Rift.

Did I say ‘previous versions’?

That’s right. Apple has finally delivered on its promises to develop MacBook Pros that are brutes in terms of power, and perfectly compatible with virtual reality, but, for those with an older MacBook Pro, getting the Oculus Rift to work with it means buying an external graphics card. Focus on those words. External graphics card. They’re the Mac Pro’s gateway to virtual reality.

Do be warned that it might really be cost effective to simply buy a PC that is VR capable.

Alternatively, the new generation of Apple hardware and software is already extremely compatible with the HTC Vive (plug and play), so you might want to explore in that direction.

Look at this video for some ideas of such a setup.

You’ll need a very bare minimum of 8 GB of RAM. You will also need two USB 3.0 ports. It goes without saying that you will also need an HDMI 1.3 video port, supporting a frequency of at least 297 MHz, and a cable to connect the HDMI to the mini display port.

Now, you need to set up your MacBook Pro with the parts above

I did say that this was a do it yourself project. However, it isn’t too difficult to put together. Do note that the parts mentioned here are the very bare minimum specifications, to lower the cost of the upgrade, but it goes without saying that the better the external GPU you can afford, the more compatible your MacBook will be with virtual reality. Before you purchase any part other than the ones I’ve mentioned, be sure to check that it is compatible with your MacBook Pro.

Set up the hardware connections as shown in this video…

You’ll need to get the Oculus SDK for OS X, as well as the Oculus Runtime Files. This is crucially important, as your Rift will not run without them.

The SDK will have a ‘world demo’ that allows you to set up your Rift correctly, and experiment a bit.

Go to WearVR.com, which is an excellent place to find free applications, games and software. VRench.com is also pretty good.

That’s all it takes to get the Rift to work with a MacBook Pro.

Alternatively, opt for the Vive

If you own an Oculus Rift, Apple has promised that complete compatibility with High Sierra is coming soon. Until that time, ‘do it yourself’ projects and external graphics cards are the only way to get the Oculus Rift to run on a Mac.