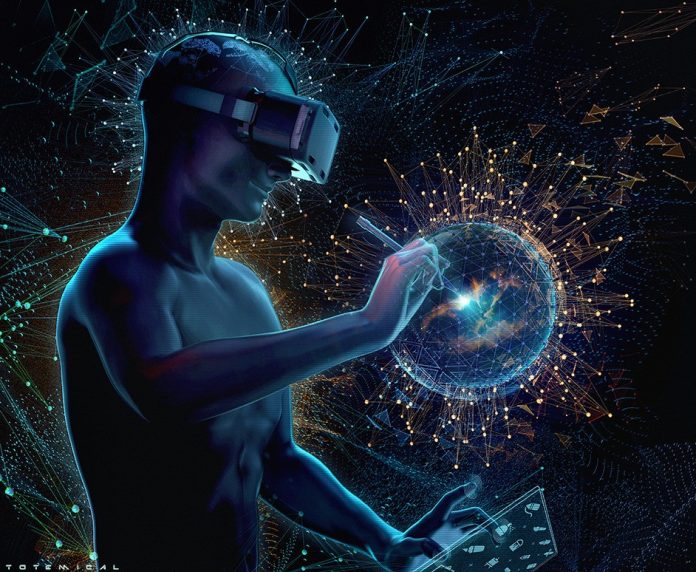 So, you have finally decided on your favourite VR set, unboxed it and decided to plug-in into the possibilities it offers. However, if you enjoy binge watching TV shows, you might have just found yourself glued to the set, and after it comes off you might feel sensations similar to those you had in-game. Is it normal?

The human body is truly an amazing machine, the most complex in the known Universe, but as any machine it can be overridden, as is the case when using VR. The whole purpose of VR is to “trick” the mind into processing images displayed as 3D objects with the perception of depth. Do not forget, our brain is the worlds best graphics chip. It is not unsurprising if, by immersing into VR for prolonged periods of time, some images will blend in and keep appearing peripherally even after we take off our VR set.

A lot of Oculus users report seeing imaginary guardian walls after having played their favourite game for hours on end. Do not be alarmed, though, since that is something that is happening fairly commonly after prolonged play, and has been reported by most passionate of video game players, since the subconscious mind has “soaked in” the images displayed on our monitor during the prolonged periods of focus, which is especially prevalent among first person shooter games.

Scientists call it “Game transfer phenomenon” , and is fairly common among the players, but it fairly quickly dissipates after a while. The symptoms are benign, in my example after playing Tony Hawks Pro Skater 2 for hours I couldn’t stop myself after seeing a particular rail, to ponder how many points I couldn’t collect.

VR, because of the improvement in technology, can truly step-up the sensations quite a bit, but some of the games do that purposefully with the intention of offering experiences from the comfort and safety of one’s home.

Take, for example game SoundSelf. The author experiencing quite a strong LSD experience and decided to make an application which could offer the user such a sensation without any drawbacks. It uses centuries old meditation method, since it is known the effect of hallucinogenic psychoactive drugs can quite readily be experienced by those skilled in practice of meditation.

Using the power of one’s voice, SoundSelf is generating powerful imagery and captivating auditory effects which after a while transform into a DMT-like pattern of lights which serves to transfer the user into a place beyond the seen, and into the journey to thy Self.

On the other hand, some hallucinations are simply a side effect of going too far in the effort to satisfy our curiosity. For example, after competing for Guinness world record for longest period of time spent watching VR movies, Alejandro Fragoso, a 26-year-old New Yorker, and Alex Christison reported having strong hallucinations, the effects of which were mitigated by a simple headset removal and a good night’s sleep.

In the future, we will see more and more such games and applications, after the technology starts becoming more and more powerful, and might very will be indistinguishable from the real world. That would be the peak of VR, but it is quite far away.

Not all agree, though, people at Microsoft believe that it might happen a lot sooner.

“By 2027 we will have ubiquitous virtual reality systems that will provide such rich multisensory experiences that will be capable of producing hallucinations which blend or alter perceived reality. Using this technology, humans will retrain, recalibrate and improve their perceptual systems. In contrast to current virtual reality systems that only stimulate visual and auditory senses, in the future the experience will expand to other sensory modalities including tactile with haptic devices.”

So if you have found yourself having mild visual or other sensations transported from the game even after you have removed your headset, do not be alarmed. It is perfectly normal, and is the result of the brain lagging a bit, since the whole purpose of VR headset is to trick the brain. If you find yourself having stronger experiences, that is just a sign that you have to give your brain more rest and opportunity to connect to the real world again. If you find that uncomfortable, just take more breaks between to allow yourself more rest.

In the future, the effects will surely be stronger, which will be a sign of stronger and more powerful technology and obviously a sign of progress.