VR motion sickness is also known as cybersickness or simulator sickness. The usual symptoms are nausea, headache and dizziness. Spending money on your VR device only to find out that you can’t enjoy it for longer than 5 minutes without the urge to puke is heartbreaking.

The developers are well aware of the VR motion sickness problem, and are working hard to nullify its effect. Meanwhile, many people report that they have managed to overcome VR sickness over time. There are some simple rules when you first immerse into virtual reality that you should follow.

If you are a gamer, you’ve probably encountered some lags, glitches and other problems in your career. Most of the time, the instinct tells you to play this through, since this seldom happens, and only for short time periods.

In virtual-reality environment, we strongly recommend that you don’t attempt to play until the game or app is running smoothly. Anything below optimal framerate will ruin your experience, since simulator sickness is directly related to low FPS.

Seeing how your PC specs directly affect your FPS, and developers are constantly pushing boundaries of VR, you will have to keep your hardware up to date. This is the main reason why PCs that can support high-end VR devices are so expensive.

If a game you were eager to play is making you feel sick, you should stop immediately! Naturally, in the beginning you shouldn’t just go ahead and play Resident Evil 7 for its full length. Still, Resident Evil 7 does look impressive and very, very scary!

There is a vast library of different games and genres available in VR, and some require higher levels of immersion than others. Staring with less demanding games and slowly building the tolerance until you are able to play whatever you want is a good idea.

It is mandatory to take regular breaks in between sessions, don’t over-stress your sensory system.

For starters, it is probably best to play games that allow you to sit down and relax. Since VR is an overwhelming experience for all of your senses, sitting in a comfortable chair will give you a much needed sense of stability. Some people report that chewing a gum while playing helped them get over VR motion sickness.

Ginger is a well-known remedy for motion sickness, as even medieval sailors used it for mitigating the effects. If you don’t like the taste of raw ginger, it can be delicious in smoothies. Nowadays there are ginger supplements available too.

Lowering your field of view (FOV) may help decrease the VR motion sickness symptoms. On the other hand, this reduces the level of immersion and situational awareness, hence it is the least popular solution.

Have a cold one! 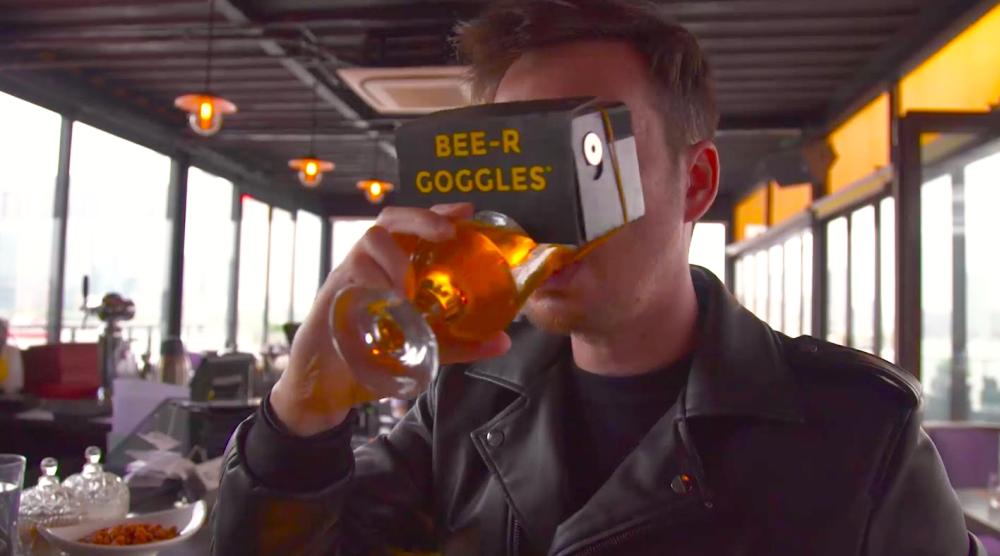 Surprisingly, many users claim that having few alcoholic drinks before starting their VR sessions reduced or even removed the symptoms of cybersickness completely.

Now, we don’t condone alcohol use, but if everything else fails, grab a Corona, Bud Light or Somersby. Don’t overdo it though!