While everyone today is reasonably conversant with Virtual Reality, not many people realize that VR has entered the mainstream in many different fields. Front-line VR Headsets like the HTC Vive or the Oculus Rift are used in combination with a wide variety of interesting applications. For example, VR is used to train people at different skills, and is even used to train military Special Forces.

VR in the treatment of mental disorders…

But perhaps we really are breaching a new frontier when we use Virtual Reality to treat mental disorders. Yes, VR today is being experimented with fairly extensively in treatment and therapy, though it hasn’t, of course, become mainstream yet.

VR is used to treat post-traumatic-stress-disorder or PTSD

VR has been found to be extremely effective in the treatment of post traumatic stress disorder or PTSD.

One of the ways of treating PTSD is by what is called exposure therapy, in which a person is gently exposed a situation that they consider traumatic. The exposure is gradually increased over time until the experience is considered no longer traumatic. An excellent example of this is how VR was used to treat PTSD in returning veterans from Afghanistan and Iraq. 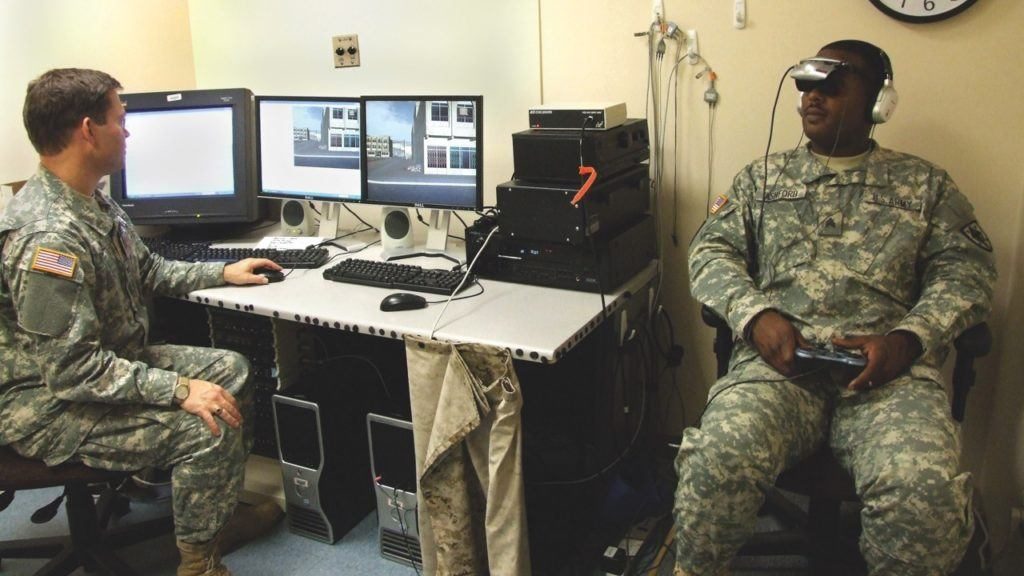 These people had suffered the usual combat trauma that occurs in any war zone. To help them deal with the associated PTSD, VR exposed them to the experience of driving around cities in Iraq or Afghanistan in a Humvee. Since the people receiving the treatment knew that they were completely safe in Virtual Reality, these Virtual Reality experiences were not considered too traumatic by them.

By gradually increasing the length of the VR sessions they were ultimately actually cured, and did not register as people suffering from PTSD in subsequent medical examinations.

For example, if a person is afraid of spiders, they can be exposed to the creatures in Virtual Reality, where they know they’re completely safe, and this exposure can be increased over time until an unreasonable fear of spiders has been conquered.

While these treatments are more or less experimental and not mainstream as of yet, many medical researchers foresee the day when systems for treating stress and traumatic disorders may be accessible in any home, and may be used more or less as “do it yourself” kits. 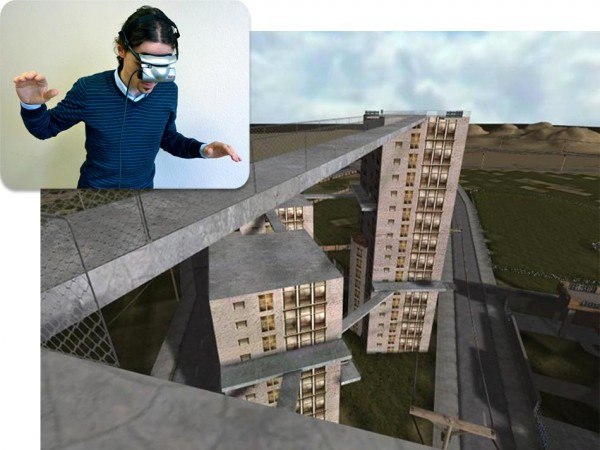 VR in the treatment of depression

Virtual Reality has also been used in the treatment of depression. While these treatments are also in the experimental stage, medical researchers are looking at VR treatments as an actual alternative to drugs in the milder stages of depression.

For example, there is an interesting prototype game called Sparx, where a person plays a character that travels through Virtual Reality actually fighting off negative thoughts. This may seem a little too fantastic, but it has been shown to actually help the people concerned to reduce levels of depression.

Virtual Reality as a treatment for obesity and eating disorders

Virtual Reality has also been experimented with as a treatment for people suffering from obesity or from compulsions to eat in excess.

This treatment has taken quite a radical approach, in which a person has an avatar in Virtual Reality that is based upon their real looks and self in the physical world, but with physical proportions that match the weight and size that they would like to have.

This has been found to be very inspiring for people trying to lose weight, as they can see themselves in a virtual world at the exact weight and size they want to be, and see the results of actually achieving that weight and size.

VR in the treatment of autism

Autistic people who were treated in VR considerably improved their ability to recognize emotions and intent in other people. They became much better at reading expression in both faces and tones. They also became more proficient in considering the thoughts and intent of others, and in processing those thoughts and that intent.

VR systems like the one in the picture below have been used to help people suffering from physical disability, or a partial loss of physical function. VR Physiotherapy has been found to be very effective, as it minimizes the equipment required for a vast range of physical exercises and treatments. 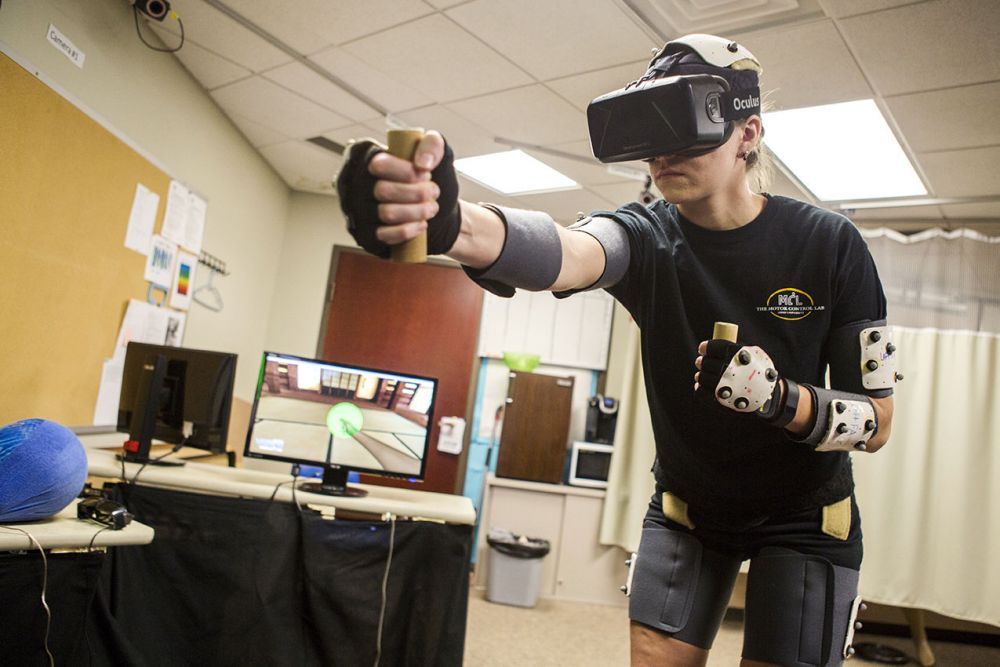 VR in the treatment of stroke

VR has also been experimented with to treat patients who have suffered strokes and who have lost partial control over various parts of their bodies. This is an extremely debilitating situation where a stroke victim whose right hand, for example, is affected, will find it difficult to move that hand or coordinate the movements of that hand with their mind and with their eyes. 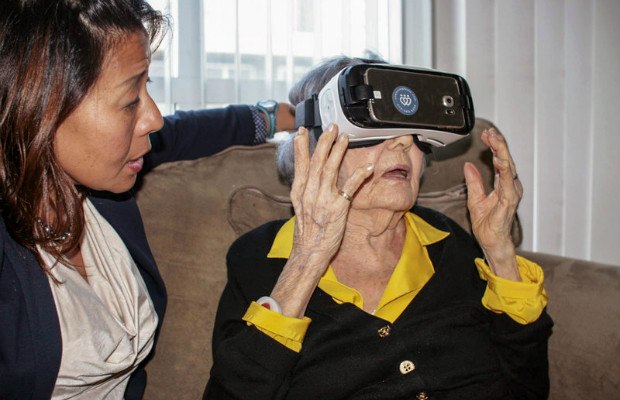 By using various games that require hand-eye coordination, therapists found that VR could considerably improve and increase the rate at which a person who suffered partial disability due to a stroke regained function and the use of their limbs.

Of course, as strokes affect people in very unique ways, the real problem has been designing games and various other therapeutic programs that could be applied to a wide range of patients.

As you’ve seen, VR is already being applied as a therapy in a wide range of situations.

However, we’re still only touching the surface where VR as a therapy is concerned, and applications of VR in therapy will only increase in future.