Mark Zuckerberg has gone on the offensive with the launch of the Oculus Go, a brand new headset that is likely to be the most cost effective cutting edge VR experience yet, and one that Zuckerberg hopes will put VR well within the reach of the average person.

We’ve all heard the hype about Zuckerberg’s virtual trip to Puerto Rico, where he used a cartoon avatar to visit that devastated country. On that occasion, Zuckerberg said that virtual reality had the potential to make humans feel empathy and that we could usher in the future using this technology.

While one is left to question both the motives and empathy of the speaker in this little demonstration, the fact that Zuckerberg is forging the cutting edge of virtual reality today is undeniable.

Making virtual reality accessible via both ‘Rift’ and ‘Go’

Besides the fact that the Oculus Go represents a quantum leap forward in terms of cheap, functional, and accessible VR headsets, the price of the Oculus Rift was slashed last year to a massive extent.

While the price of the Oculus Rift when it came out was nearly 700 euros, with a user having to shell out another 200 euros for the controllers, in 2017, the price of the Rift was slashed to just 450 euros. This was an obvious preliminary move by Oculus to counter the proliferation of mixed reality headsets being pushed by Microsoft, and manufactured by companies like Samsung, Dell and Lenovo.

Since those headsets range in price between 350 and 500 dollars, Oculus was forced to slash the price of the Rift to a considerable extent to keep it competitive within that price range.

However, it is now becoming obvious that slashing the price of the Oculus Rift was only an initial move before unleashing a product designed to directly counter and supersede most of the cheaper range of headsets on the planet today.

Is the Oculus Go the wave of the future?

Zuckerberg obviously hopes so, with his company projecting sales of over a billion headsets.

While that may suit the ears of Zuckerberg’s stockbrokers, is it truly a possibility?

What makes the Oculus go so special?

For one thing, the Oculus Go completely negates one having to use an expensive PC or an almost-as-expensive Smartphone to power the VR goggles or headset. Yes, the processing power of the Oculus Go is inbuilt. This makes the Oculus Go special in several ways.

As a matter of fact, it is so obviously a cutting-edge innovation that it is sure to be setting off alarm bells across the entire VR industry. It is a headset without wires.

Is that special? It certainly is, in an industry where even owners of the most expensive headsets complain about entangling their feet in the mass of wires that exit from those headsets.

The Oculus Go uses foveated rendering to deliver a surprisingly high standard in graphics. In foveated rendering, the centre of the image is displayed in extreme detail and high resolution, while places that the eyes aren’t looking directly at, that is to say, regions of the screen that are on the periphery of the vision, are rendered in much less detail, and with a much lower standard in graphics.

This little trick ensures that even a slower and less powerful processor can still deliver graphics that, since you’re seeing high-resolution graphics wherever you look (practically speaking), seem to almost equal those of the Rift or the Vive. 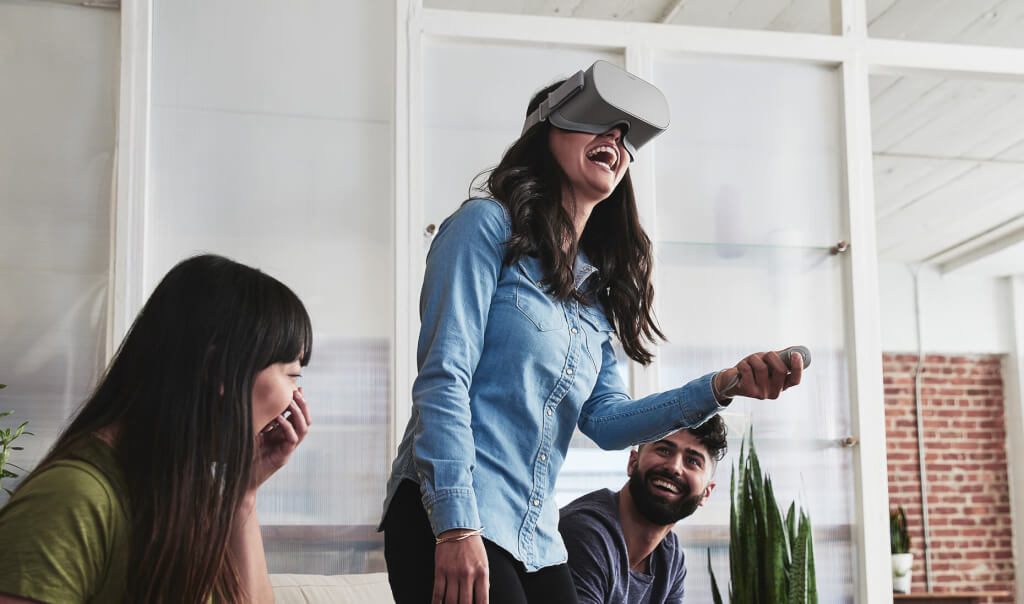 Not only does the Oculus Go solve a very crucial problem in being wireless, but since it doesn’t require an expensive PC or Smartphone to power it, and retails for under $200, it really goes a long way towards making VR truly accessible to the average person.

But what about the Gear VR?

What about Oculus’ supposed alliance with Samsung over the Gear VR, for that matter? The simple fact is that – if we put things bluntly – the Gear VR is nothing more than a shell.

Its heart is the Samsung Smartphone that powers the Gear VR. That Smartphone can cost anything up to $700. 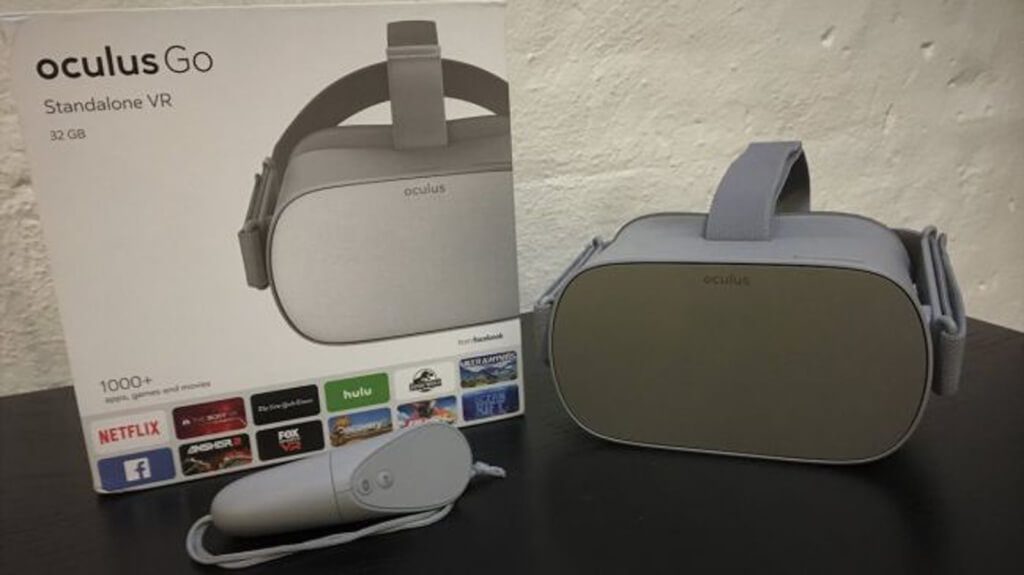 While Gear VRs were extremely popular even a year back, the fact is that there certainly is a niche Oculus feels the Go can fill. And that niche is all about low prices and convenience.

Pros and Cons of the Oculus Go

The pros of the Oculus Go hardly need mentioning.

Get the email notification when Oculus Go becomes available

They say there is no such thing as a free lunch, and while the Oculus Go is a magnificent piece of machinery for the price, there have had to be compromises to enable the company to deliver this excellent product at a price that stands within $200.

One of the major compromises that have been made is the controller and tracking system. The controller supplied with the Oculus Go is largely similar to that of the second Gear VR. This has an advantage in that developers that are presently creating applications for the Gear VR will find it very easy to also create applications that are compatible with the Oculus Go’s controller. However, what’s missing is the inside-out tracking that is such a trademark of advanced headsets. 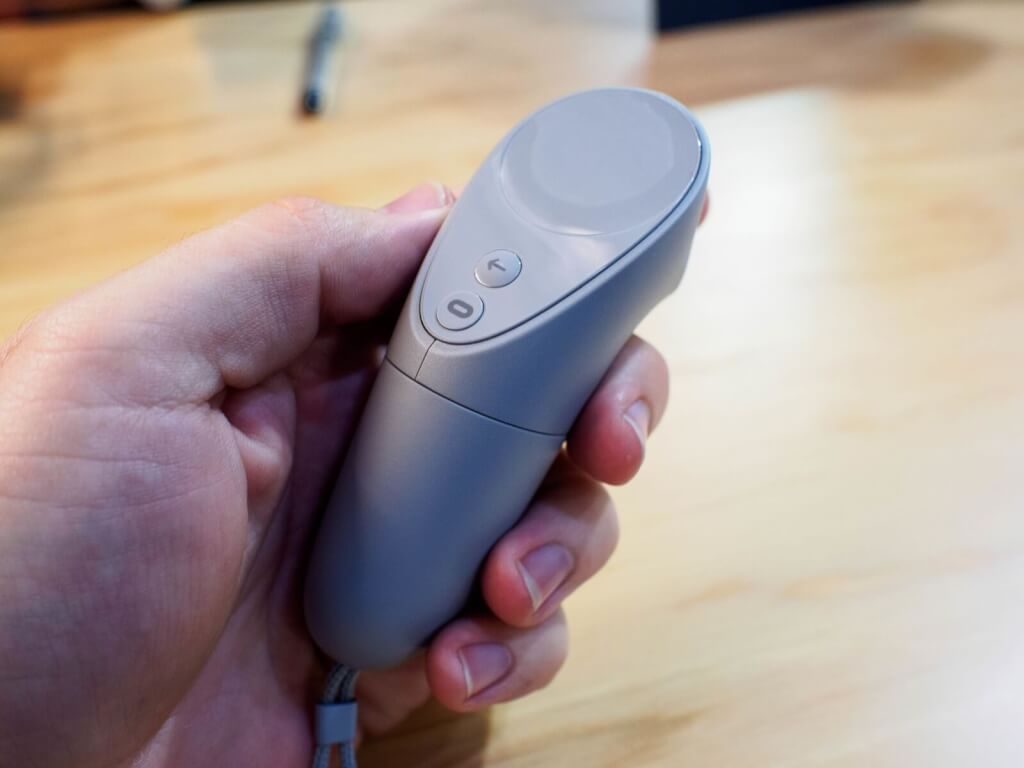 You will not be able to move freely in the room, with your movements automatically being transferred to virtual reality. That will be a major drawback to people who are used to the mobility and subsequent immersion of high-end headsets. And it goes without saying that the simple Gear VR clone controller cannot possibly match the extremely trackable controllers of the Rift, for example.

This is not to say that Oculus doesn’t see these issues and isn’t already moving to counter some of them.

For example, their project Santa Cruz is aimed at creating trackable controllers for the Oculus Go.

But that’s in the future.

For the present, the Oculus Go’s controller only tracks in three axes. However, as everyone knows, for movements in virtual reality you ideally need a controller that can track in six axes. One advantage, though, is that because of the compatibility in the controllers and aspects of the hardware, the entire library of the Oculus store, as well as virtually every app made for the Gear VR, will be compatible with the Oculus Go. 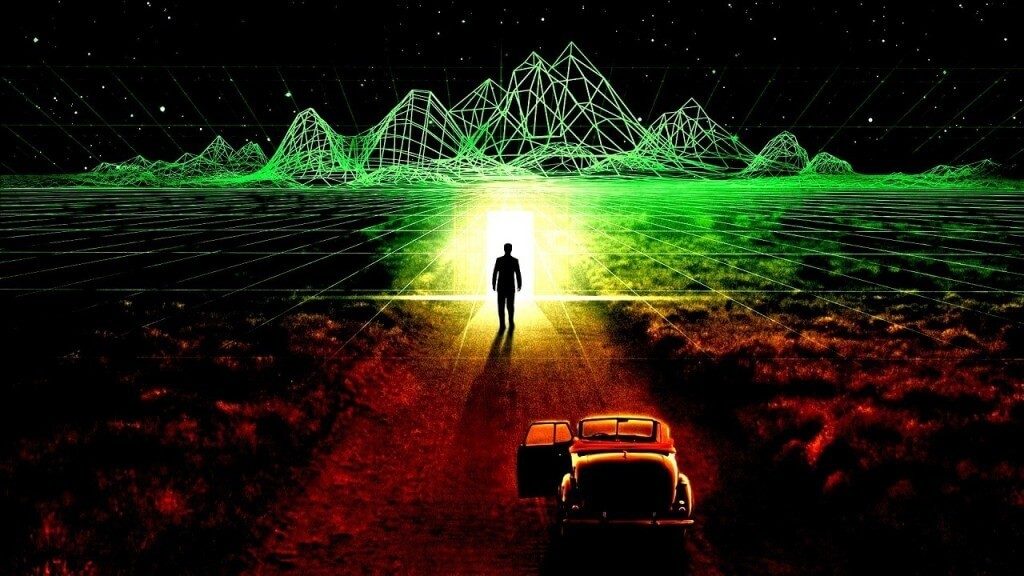 To conclude, there are many similarities between the Oculus Go and the Gear VR. The advantage that the Oculus Go has over the Gear VR is that at around $200 its price is a fraction of the cost of the Gear VR and the Galaxy S7 that allows it to become functional.

The Oculus Go is a dedicated VR platform

It is also very much more stable than most phone based VR headsets and goggles available today. For the moment, and speaking at the corporate level, the Oculus Go is the most accessible and hardest hitting VR breakthrough we are likely to the see in the near future, and Mark Zuckerberg is definitely within his rights to expect a billion sales of this new headset. The Oculus Go is light years ahead of the competition in terms of bringing VR within reach of everyone.

Get notified by email as soon as Oculus Go gets released