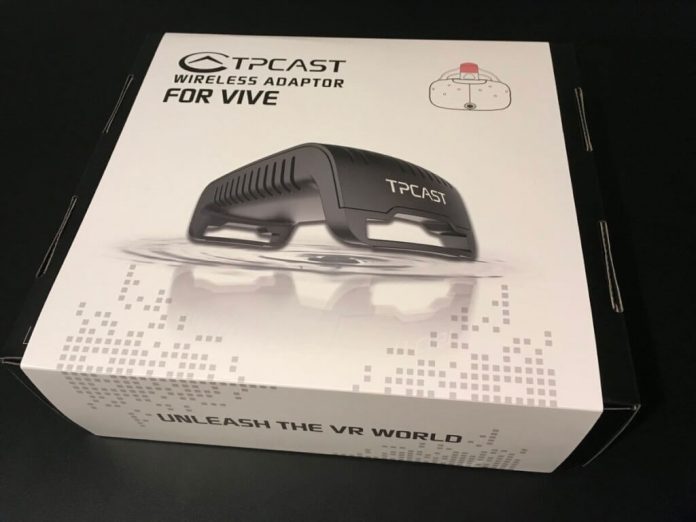 High end virtual reality headsets offer various highly immersive and unique experiences. If you happen to own one, like HTC Vive, you are aware that this amazing piece of technology comes with tons of cables. While some futurists predict that not such a long time from now virtual reality devices may become so advanced and powerful they could be produced in a form of a VR contact lens, first step towards this breakthrough is making our bulky headsets wireless. Well, even today you can get rid of the cords and go wireless, at least on HTC Vive, using TPCAST.

TPCAST is a wireless adapter which you attach atop of your VR headset. You can buy it for HTC Vive, and the developers are working on the version for Oculus Rift, which is currently available for pre-order. Even before acquiring your high-end VR headset, you were probably aware that this is an expensive hobby. After a while, you’ve probably realized that purchasing the headset itself is only an initial investment, and there are several accessories you’d want to buy in order to enhance your VR experience even further.

So what does untethered HTC Vive experience look like? You are probably wondering, is it worth the investment?

VRBorg’s TPCAST review breaks it down for you.

What Comes In a TPCAST Box 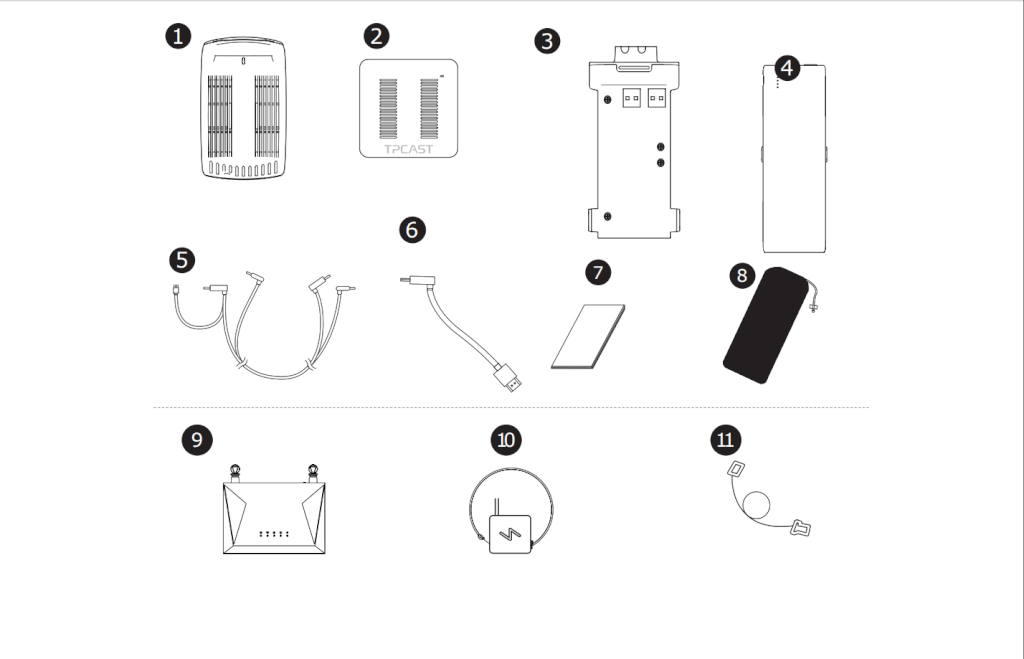 You might be thinking, hey there’s still a wire here! Well, technically, yes. However, these cables only connect the HMD receiver to your Vive headset and the battery supply.

Setting TPCAST up is quite a process, but is nothing that anyone with basic tech knowledge wouldn’t be able to do. It’s easier then setting up the Vive, anyway. The instruction manual is made with attention to details, and each step of the installation contains images which thoroughly explain the process. As you can see, there are several components you have to connect, but hey, after you’re done with it, you will never have to worry about cables anymore!

You should install the software prior to setting up the hardware. This part is a piece of cake. You can find all the downloads on the TPCAST support page, including user guides and the installation software. Installation is as simple as it gets, but make sure to read the user guide thoroughly. Once you are through with the installation, it’s supposed to look something like this.

Once you are all set, make sure that the battery is fully charged before immersing into wireless Vive experience. This is because, while you got your headset on, there is no indication of the remaining life battery, except the 4 blinking dots on the hardware itself, each indicating 25% of remaining life. The portable power bank has few other issues of its own, but we will talk about that later on.

Check out Vive TPCAST on Amazon

The Vive itself requires enormous bandwidth in order to get high framerates. Therefore, it’s been logical to expect that wireless virtual reality is still much further away than this. But the truth is, TPCAST works without notable lag, if any. It isn’t entirely perfect though, and you may encounter skipped frames from time to time, but these glitches may happen with your regular wired Vive setup as well. 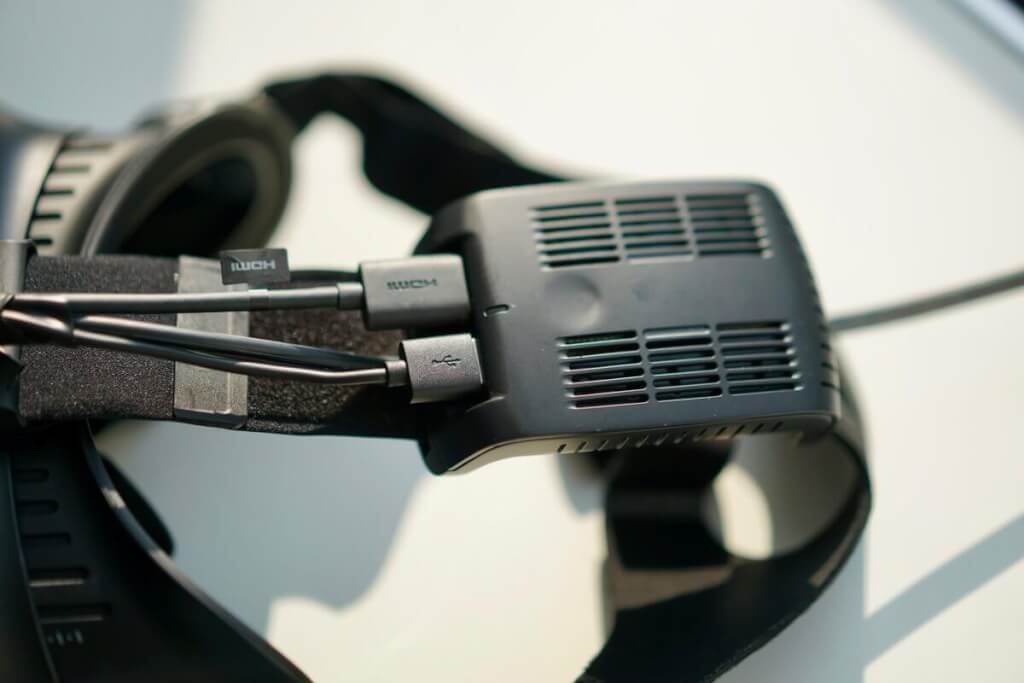 The most important aspect that makes TPCAST a viable wireless HTC Vive add-on is its functionality. Video and audio quality remains the same as it would with the regular Vive setup. There may be occasional tracking issues if something gets in the way of the transmitter-receiver trajectory, or if you turn the head away from the transmitter. This issue can be easily dealt with if you simply place the transmitter on a high point in your VR dedicated room. TPCAST promises the maximum latency of 2 milliseconds, meaning even if you try really hard to find the performance downsides, you won’t be able to.

The Vive weighs around 500 grams, so you may fear that an additional component could weigh your head down or put added pressure on your neck. However, with TPCAST the added weight is insignificant. This being said, TPCAST significantly enhances the regular Vive experience.

Usually when you are wearing your Vive, it’s hard to forget that you are wearing it, because it is cable heavy and requires constant attention to avoid the tripping hazard or entanglement. Even if you use an advanced room-scale VR setup that minimizes the chance of tripping over, cables often can get twisted and this is never a good thing. With the TPCAST installed, you may often forget you are using the Vive.

The first thing that comes to mind when discussing battery issues is battery life. TPCAST’s power supply lasts for a little less than 2 hours, which is longer than the most VR sessions. The recharge time lasts for about 3 and a half hours. So what are the problems?

Another issue that the power bank will get warm in the normal usage, as the manufacturer states in the user instructions. After extensive use, it can heat up to 120°F, and the developers warn that you should stop using it if it reaches such high temperatures, in order to avoid burns or other hazards. 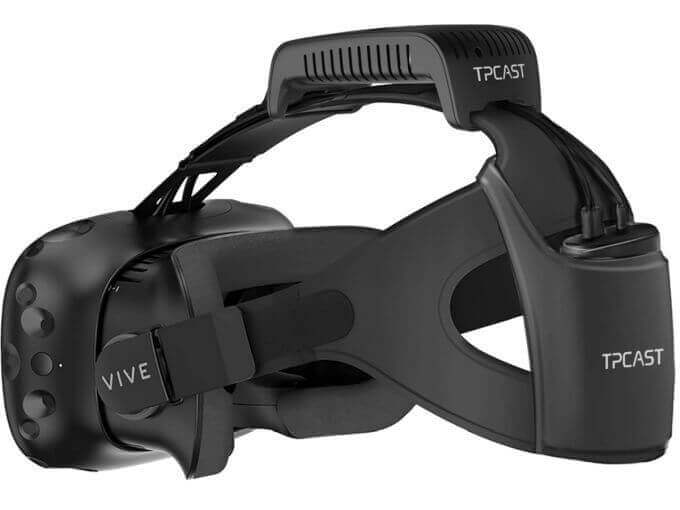 As you can see from the image above, it seems that you can overcome this nuisance if you have the official Vive Headphones – Deluxe Audio Strap. Unfortunately, this isn’t really the case, since the Deluxe Audio Strap actually has the bulge in the very place where TPCAST seems to fit perfectly. It actually looks like this. 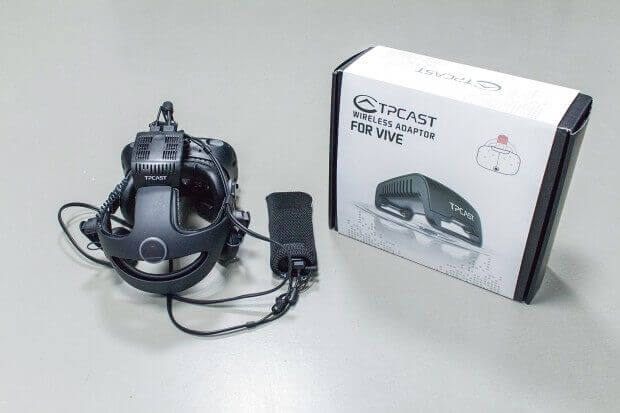 That is what the longer cable is made for. For now, you will just have to strap it to your waist or put it in your pocket. However, we have seen before that many downsides of VR related products quickly get “patched” with additional products, which makes them more user-friendly.

Don’t let the technicalities deter you from purchasing this amazing HTC Vive add-on. The ability to enjoy Vive “unchained” will make you never want to use the original, wired version again.

Wireless VR is the future. TPCAST is the only device that enables you to experience wireless HTC Vive. Oculus Rift version is in the pre-order phase, but judging by the early success of the TPCAST for Vive, it will soon become a new must have accessory.