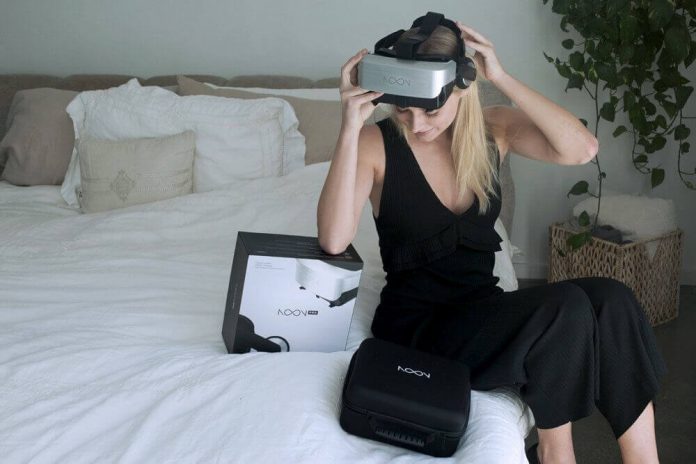 The NOON Virtual Reality Headset is a crucial step up from the skew of basic mobile based headsets on the market today. I might point out that the NOON is not integrally a gaming headset, but it nevertheless presents a user with many interesting possibilities that other headsets do not. For example, sight based controls allow for intuitive and effortless viewing of 3D movies. There are also attached apps that can convert conventional video into movies that can be used with the NOON VR headset.

The specifications of the NOON VR headset

The headset provides a field of view of around 120 degrees and has gyroscopic sensors. It also has a special tap control. The manufacturer claims that the lenses use a special technology that prevents fatigue to the eyes. The lenses are also supposed to be scratch resistant, which is especially good news, as scratches to the lenses can really ruin your VR experience. Apps included with the device can be used to stream the active app from a PC to the headset. This means that many PC games can be effortlessly streamed to the NOON VR headset. This feature also allows the headset to be used as an alternate to a monitor display. The streaming app is compatible with both OS X and with Windows.

Here are some of the advantages and disadvantages of the Noon VR headset. 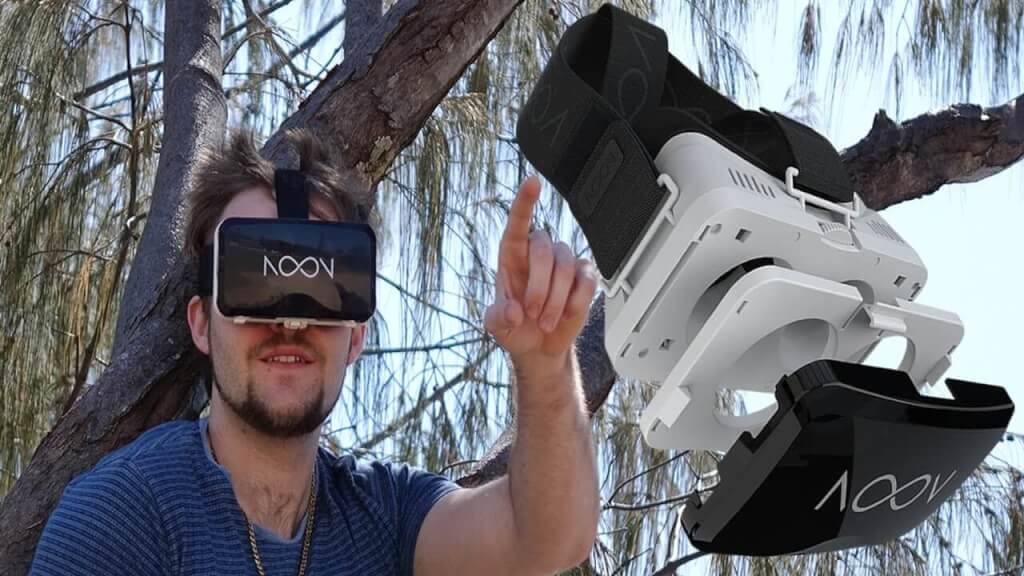 The NOON VR headset is rather unique in that it actually has an authentication process before you use the headset. This is done through an integrated app that allows you to utilize the headset. Each headset has its own activation code, and this is printed on the manual that accompanies the headset. Another copy of the code can be found on the headset itself, to the right of it, as well as underneath the headset.

One potential problem with the NOON VR headset is that it is very exclusive, and cannot be integrated with Google’s platforms. There are official iOS or Android apps that allow the headset to interface with mobile devices. The mobile itself will need to be nearly 5 inches long in order to sit comfortably and firmly inside the headset’s cradle. The app allows your phone to integrate itself with about five devices, which is really rather limited for a headset which demands you authenticate yourself just to get started. The headset does not integrate with a remote Bluetooth device, and instead uses a tap sensor that is unique to headsets manufactured by NOON.

When you first fire up the headset in VR, there’s an option that allows you to place the controls as per your own preferences. The initial menu allows you to calibrate the sensors as well, though you can always re-calibrate them whenever you wish. While this process may take a few moments, it’s well worth the time spent, as it considerably adds to the immersion of your VR experience.

The lenses tend to have no problems focusing, but there is a special focusing feature in the menu that can allow you to focus the lenses manually if necessary. The dock for the mobile opens up effortlessly, and it’s very easy to load the mobile in place and shut the doc. The mobile fits in very securely, which is always a concern with any mobile based headsets. 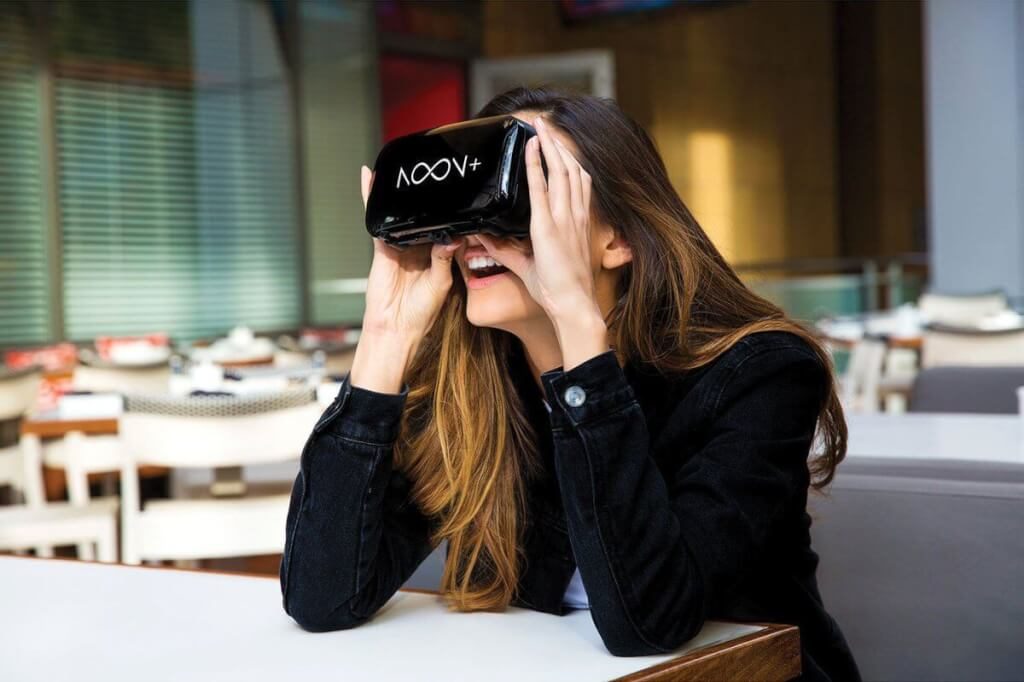 Fit the headset on to your head and adjust the straps to ensure that you have a snug fit. Choose your settings  in the initial menu, and you can get started right away. One of the best features of the NOON VR headset is that it can allow a user to use the storage capacity and processing power of a personal computer rather than the very much lesser capacity and power of a mobile phone. The fact that you can stream computer apps directly from the desktop makes this headset an extremely versatile one for either mixed reality or virtual reality. The company also has apps that can allow an entire family to watch the same movie as part of a shared experience.

The app integrated into the NOON VR headset is both an extremely positive point, as well as a slightly negative one. The positive aspect of the NOON VR app is that it allows you to integrate seamlessly with a PC, as well as to integrate different devices with the PC. The negative side of the app is that it does not allow you to access a lot of Google’s content, which those who have been Cardboard fans may not appreciate.

To be honest though, this slight drawback is completely negated by the fact that you can use PC apps seamlessly with the NOON VR headset. In fact, you use the Noon VR headset as a display device for your PC, for all practical purposes. Another very important plus point of the NOON VR headset is that its integrated tracking sensors can actually work to considerably reduce motion sickness. While the focus of the NOON VR headset seems to be geared towards playing movies, its ability to stream from a PC makes it an excellent reasonably priced choice for gamers, as well as for those who want to experiment with mixed reality.

Check out the best NOON VR PLUS deals on Amazon