Technology is rather a double edged sword, and can be used or abused. The good news is that what path we take with Virtual Reality is largely in our own hands.

Used right, VR can be a wonderful tool to explore the world and educate our children.

It’ll become a cheap toy – a world of ‘realistic killing’ (What is behind humanity’s fascination with this in games and movies anyway? Stress? Uninteresting jobs? Roller-coaster relationships?).

But seriously – how does VR affect our children?

Positively, to a great extent!

VR is a wonderful educational tool.

Already, tens of thousands of children around the world have gone on VR ‘journeys of discovery’ where they explore different places on the planet, or explore places of interest, or cities – all from the safety of their homes or classrooms. 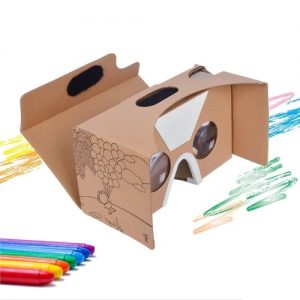 Google Cardboard is at the forefront of the shining new wave in education. Not only has Google more or less pioneered the low-cost headset, but it also continues the create a universe of wonderful content that has already benefited countless children in classrooms and homes everywhere.

But we’re still only tapping into a fraction of the potential of virtual reality.

Virtual reality can be used to teach the structure of the human body – or a single cell… from the inside!

It can be used to improve reactions, or teach skills.

It could also maintain children’s eyesight!

Yes, while books and computer screens tend to degrade human eyesight, VR visors actually allow a distant, natural focus, actually maintaining the eyesight. An ‘archery game’ in VR, for example, would be an excellent way to maintain children’s eyesight.

Let’s see how VR affects children in different ways, and the pros and cons of each…

The Pros: It’s a great advantage that a child can, for example, instead of learning or hearing about a place, actually go there and see things for himself or herself.

This increases the child’s interest.

A child could wander around a lovely building like Westminster Abbey in London, or visit the Palais du Luxembourg in Paris – and actually wander around.

Asking questions. Interacting with parents or a teacher. Or with other children.

Then the child could take a boat trip along the bottom of the immense Grand Canyon, or visit the Yosemite national park, and see the magnificent gigantic trees. Or visit Switzerland and take in the amazing views. Or the Pyramids of Egypt.

And that’s just geography – familiarity with our planet. There’s much more!

How about teaching programs that allow you to study biology – or astronomy? Or physics. This is learning in a wonderful, interactive, brilliantly three-dimensional virtual world.

Best of all, VR doesn’t feel like ‘studying’ or ‘work’. It feels like ‘fun’. And that is, perhaps, the most important positive point about VR of all – at least from the point of view of a child.

VR is the PERFECT educational tool.

You should be – these are all the positive elements of Virtual Reality, ways in which it can broaden a child’s horizons.

But is any of this available right now?

Of course it is. I already mentioned Google Cardboard, and I would certainly recommend that you try it out. But there are LOTS of other apps and VR hardware available, a great deal of which has been designed with children and education in mind.

For example, look at this low-cost VR headset – the View-Master VR Starter Pack.

A simple, low-cost tool like that could unlock a world of interesting, educational VR content. Here are some examples… 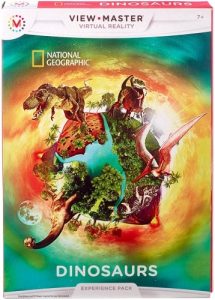 There’s the View-Master National Geographic Dinosaur Experience Pack, which allows one to study the dinosaurs, and even includes an interactive Jurassic-era VR game.

There’s also a Wildlife Experience on offer that follows similar lines, as well as a ‘Destinations’ pack that allows a child to visit famous places in the world.

What sorts of places are available in the Destinations pack?

It includes the Statue of Liberty, as well as Chichen Itza, an ancient city of the Maya. There’s also the historic Tower of London, with the Tower Bridge just outside, that actually opens to let vessels through, and a number of other places. 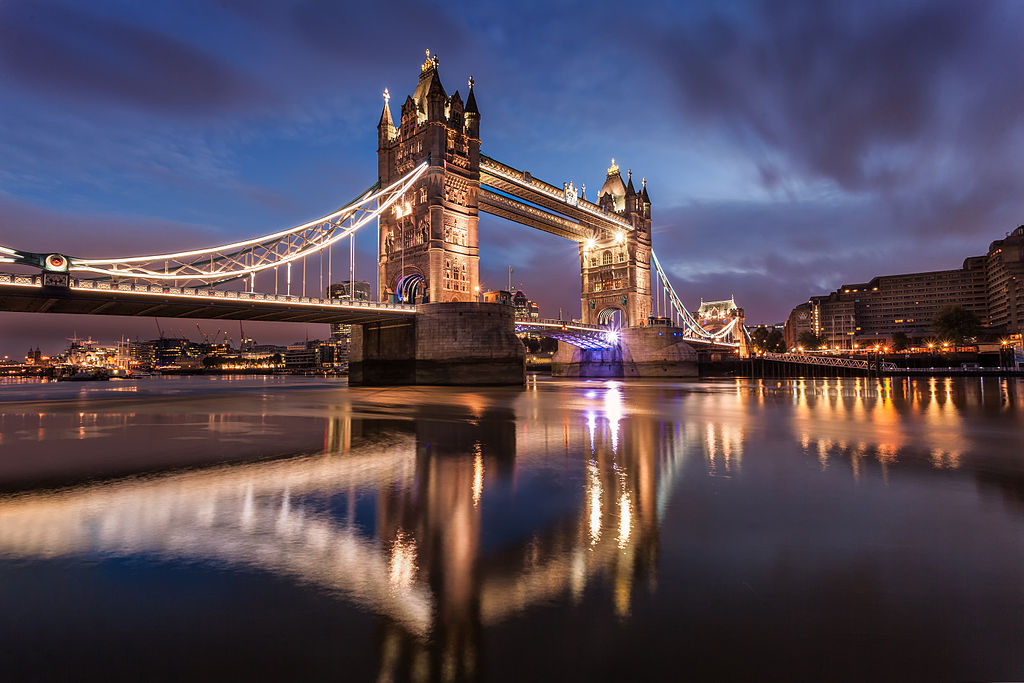 Actually, the list of educational apps and experiences out there that can broaden a child’s horizons is endless.

From exploring the seas, to exploring space, you can find it all.

Other Benefits of VR

You couldn’t allow your child to wander freely around the streets of London or New York without a great deal of supervision.

But in VR, they could do so, with minimal supervision, familiarizing themselves with the landscapes of the world, in the safety of their home or classroom.

There are also no barriers to language in VR – an important point in many places and situation. 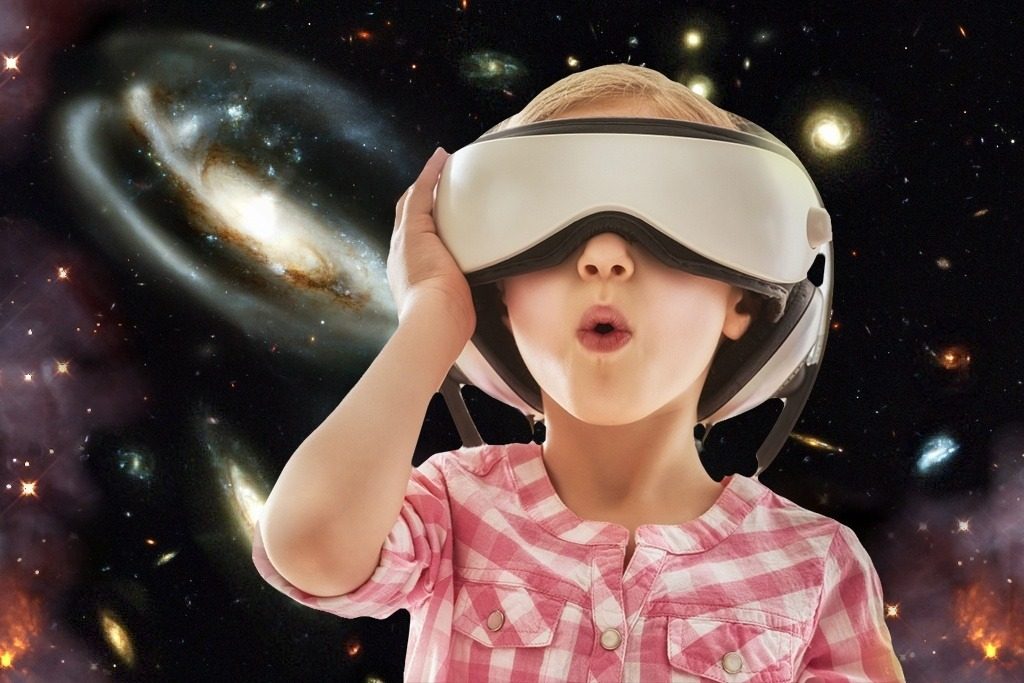 Deep sea or arctic exploration. Swimming with sharks. Landing on and exploring mars. Traveling to the moon. Or into the heart of a planet.

And they’re all perfectly safe!

Of course, the more intelligent of us can already do all this… in our imaginations.

But VR allows us bring the vast collection of human knowledge today to the eyes of a child – in a format that a child can easily understand.

Can there really be cons to this?

Of course there are.

A possible negative effect of VR – Books could be sidelined.

Is that a bad thing? It could be.

For one thing, while books may seem to be comparatively uninteresting, they actually engage the human mind more interactively.

They demand that a person use their imagination – and that actually exercises the mind. 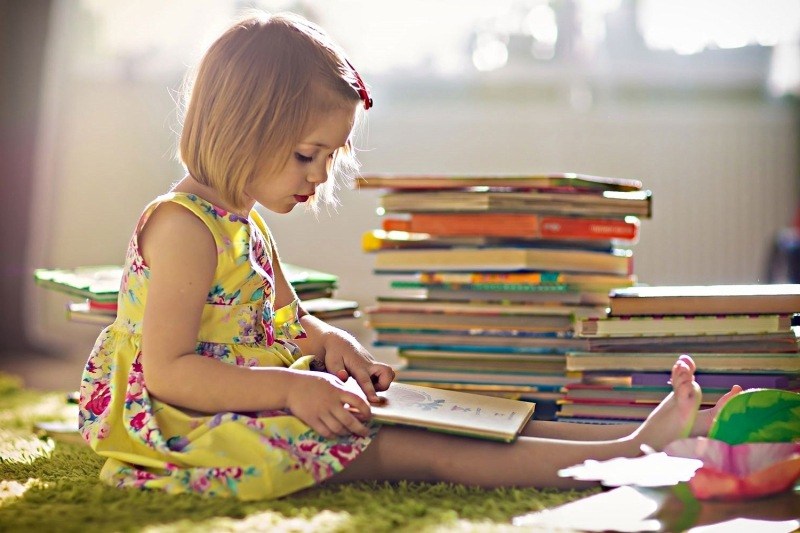 In other words, books can actually improve and refine the intellect through exercise. Sort of like going to an intellectual gym.

This doesn’t happen to the same extent in VR.

Yes, the mind is encountering new ideas – and that certainly engages the intellect.

But because the interface is so visual, the mind has very much less work to do – and that could actually be detrimental to the mental development of an individual.

This may not seem like much, but it can be crucial to the developing mind of a child.

After all, no matter how detailed one makes a VR program, it still can’t quite provide the wealth of detail in as accessible a manner as a book.

So what’s the answer?

It’s quite simple, really – VR is an immense advance, and wonderful for ‘hands on’ introduction to subjects.

It’s a big advantage in education – and I’m not necessarily talking about ‘classroom education’. Though, as you can see, that is certainly applicable… 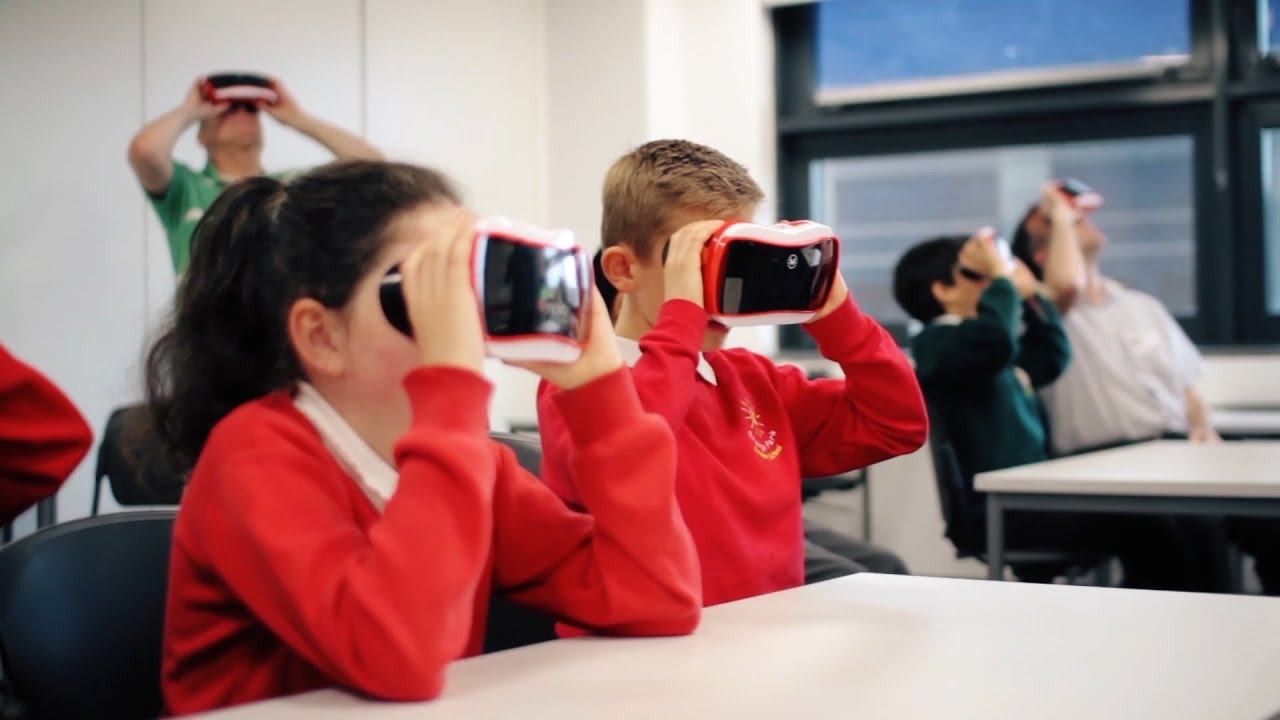 Improving a child’s mind and expanding their sphere of knowledge and understanding is always education – whether it’s carried out in the classroom or in the home.

But VR needs to be balanced with beautiful, well-written,  interesting and well-illustrated books on a subject that a child can take a genuine interest in, so that a child gets the best of both worlds.

One other problem with VR is the limited human interaction…

While some games do have three dimensional ‘avatars’, these cannot express emotion the way humans do.

This means that if a child is exploring a virtual world with friends or family, they won’t really be able to see them, or to interact with them through the full gamut of human emotion.

This is an issue that won’t be settled in the near future, and if a lot of time is spend it VR, it could possibly affect the social development of a child.

Though this is actually rather unlikely.

Then there’s the simple factor of cost and space…

Cost is certainly an issue.

VR in good quality is certainly out of reach of most people. But that’s a system that is likely to correct itself if VR becomes popular.

After all, we do purchase PCs today at a fraction of price they used to cost when they were first developed. Mass production will at some point bring VR in reach of everyone.

But there are already low cost VR headsets within the reach of everyone. And I already mentioned Google Cardboard – I recommend that you check out the Gana VR Headset. 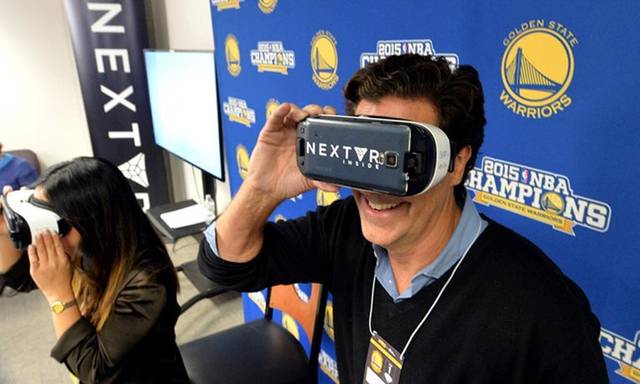 There’s also the element of space.

This isn’t that much of an issue, as most VR for children is passive, and a passive VR program doesn’t have issues with space at all.

But if a VR world is at all interactive, each person in it needs a certain amount of space around them – and if many people are sharing that space, they could well bump into each other, or have accidents.

And finally, but not least, there are gaming addictions…

I don’t take this as seriously as some people would.

When console and PC games were in their youth, everyone thought that they would ‘affect children’s education’.

I don’t think this is the case when a child grows up in a healthy environment, and has a good relationship with their parents and educators.

And if a child’s environment isn’t healthy – well, you can’t blame that on games or VR!

But the fact remains that most games today aren’t exactly what you’d call ‘nice’.

Do we really need games that are mostly all about killing or hurting people?

Does my saying that sound odd? It shouldn’t!

I don’t think inuring children to violence – whether in games, or virtual reality – is a good idea. If nothing else, this might blunt human sensibilities – not what you’d want in a growing child.

VR is great for kids. But it needs the guidance and interaction of adults in choosing the right ‘VR worlds’ for a child.

And games with even an average level of ‘ambient violence’ need to be avoided.

In the interests of tomorrow. Our children are the future.