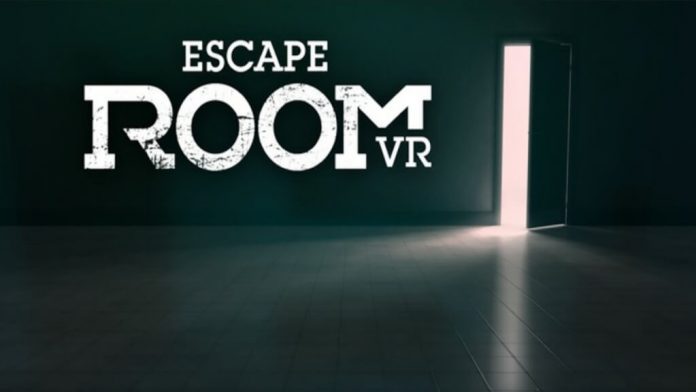 There are almost endless genres available on VR platforms, much more than there can be on a classical gaming rig, simply thanks to the VR’s unique architecture and capabilities. In the VR world, you can have a psychical presence, thus there are many more new gaming arenas to explore. One particularly entertaining genre is room escape, driven by the recent increased popularity of roleplaying genre of the same name. You and your team are placed in a room, tasked with finding different clues which will help you solve the mystery laid in front of you.

From the premise alone it is understandable why VR is the only environment where such a genre can exist and there are quite afew games that truly utilized the capabilities of VR to such a degree that you will truly be immersed in the environment and anxiously search your area to find clues necessary to proceed.

So, without any further intro, here is the list of 7 best room escape VR titles.

First on our list, a free little demo, which served as a commercial for the movie of the same name. Although the game is engrossing in its own right, it is quite short and could be easily developed into a larger title. Welcome to Belko, another monolithic typical multinational company. The day starts as usual – drinking a bit of coffee, checking emails, pretending to work… but this day is unlike any other.

What is this? It seems that you, together with other employees, have been selected for an involuntary experiment! Solve all the puzzles in the room to obtain the key or die! That is certainly a motivation Monday for you.

Ok, Bob is another short atmospheric game on our list. It features the main protagonist of the name Bob, who has found himself in unfamiliar surroundings, and has to escape the room by finding clues and solving puzzles. A pretty straightforward game, with great ambient, albeit it lacks duration and certain polish, especially in the audio department.

All in all, it is a pretty good escape game, Bob.

For another game on our list, abode puts in a little more charm by setting you in a futuristic neo-noir environment and tasks you with finding the clues and solving the puzzles.
It will have you moving around the apartment, searching and inspecting every object, squatting, picking them up and making your brain gears work to solve the intricacies laid out in front of you. Above is a bit longer in its duration, although it will be possible to beat in 2 hours tops since the puzzles don’t repent such a great challenge.

This is a truly heartwarming little indie game, with a cute premise. You play the role of Jess, living with your boyfriend Nick in a big apartment, who has laid certain surprises for you to discover.

The game is heavily narrated and feels more like an interactive movie sequence. However, the spoken dialogue really adds up to the experience and puts you in the shoes of Jess.
Very cute little indie puzzle game.

Now for something completely different. I Expect You to Die gives you the role of a secret agent who is tasked with completing his different missions with the help of his wits, and well, telekinetic ability. That certainly helps, since you will be inspecting a lot of items.

Although not an escape room entirely, it combines all the different gameplay aspects of escape room titles, such as puzzle solving and clue-connecting. It is very well polished, runs smoothly on HTC Vive and Oculus Rift, to present you with a world inspired by the 60’s spy flicks.

So if you are a fan of spy movies or novels, why not put yourself in their shoes in this very well polished VR title?

And now for a game that puts a splash of comedy into the mix, while keeping the gameplay mechanics of puzzle solving. Enter Zvezda, the Soviet experimental spaceship which has run into some troubles on its trajectory in Earth’s orbit. It is up to you to adapt on the fly, by listening to the instructions of NASA and Roscosmos to hopefully emerge intact out of this predicament.

Although the game is short, it is extremely sweet, and while it is entertaining to solve the puzzles and survive, it is equally entertaining to find different ways to die while entering Earth’s atmosphere.

By presenting you with this list hopefully, you will find a title that has sparked your interest. Truly, the VR technology has brought room escape experience in the comfort of your own home without breaking the immersion that comes with it. You might even argue that it has increased the feeling of adventure by placing you in environment that cannot be simulated in the real world.