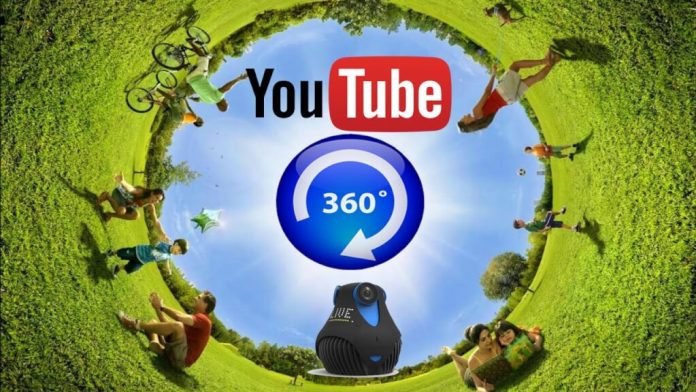 While there are plenty of videos available on YouTube that are either 360 degree videos or 3D videos, or both, and all of them are compatible with a VR headset, not all of them are in the same league. While an Oculus Rift or an HTC Vive would be preferable to view these with, they can also be viewed with just about any Cardboard close as well. Let’s take a look at a selection of videos that stand out from the rest!

Let’s start with something simple. This is a lovely 3D movie of an unpowered flight. Soar across landscapes like a bird and look out upon the world. This is a 360 degree video too, so you can look around as your glider moves across mountains and valleys and towards a lake in the distance. If a video is only as good as the emotion it creates, then this simple video is certainly a good one, as you look over a planet that is far removed from your point of view, which, for as long as the video lasts, is that of the eagles themselves.

On the Edge of Forever

If you liked the previous flight, you’re going to love this one. The camera is tethered to a balloon due to travel to the very edge of space. You start out at ground level, and suddenly you’re soaring upward, moving towards the stars at nearly 70 mph. And the planet unfolds before you. As you soar higher, you can see the curvature of the earth, and the edge of the universe itself as it touches the atmosphere of our planet.

Explore the wonders of perhaps the largest scientific device in the world, and see how particles are smashed to discover the building blocks of the universe itself. This 360 degree video will give you a very real idea of the massive size of the collider, as well as a reasonable grasp of how it works and what it’s meant to do. A fine combination of the awe-inspiring and the educational.

Step into a world strange and twisted, as the surrealist paintings of Salvador Dali come to life in glorious 3D. The landscape is alien, imaginative, brilliant and perhaps a trifle terrifying. All of Dali’s paintings have been turned into virtual worlds for everyone to explore. Step into one such world… right now.

Step into another universe – the microcosmic realm that lies within the cells of a living being like yourself. Learn of the almost mystical processes that are the basis of life, as you explore a realm that can be explored in such detail in no other way. VR opens doors to strange realities.

Here’s another fascinating video of the world within the cell. This one is a 3D 360 degree video, with a brilliantly educational narrative in the background.

And finally, step into the world of perhaps the most intelligent species on the planet. Did you know that a species of dolphin has twice as many neurons (brain cells) as a human? Or that they have been shown to be capable of mastering grammar, and could well have a complex language of their own that humans have been unable to decode.

Did you know that each dolphin has its own unique name? Or that they use ultrasonic bio-weaponry to stun prey?

So here then, are one of the most intriguing species on planet Earth, and one that humans do seem to value – as the dolphins seem to value humans in return. Is this then the first contact between two rational species? Both evolving on the very same planet?

We hope you enjoyed that journey of discovery into the wondrous world of VR. While these videos were interesting, there are thousands more just waiting to be discovered. So get out there and explore the wondrous worlds of Virtual Reality.