The diversity of the Rift makes it one of the premier Virtual Reality systems as of the moment. Yes, there are a lot of enthusiasts passionate about the Rift, and they have been around since it was first in development. But, with all the other VR systems out there, you have to decide whether the Rift is the one worth spending money on. Factors you have to balance are the resolutions of the eye screens with the actual prices of different VR headsets. Here are some of the main points to consider if you’re planning on buying an Oculus Rift.

What do most people who have bought the Rift think of it?

Well, most reviews are fairly positive. Those who have bought the rift because they are dedicated gamers looking to level up their gaming experience are reasonably pleased. Playing a VR game has never been so accessible or easy. Move a few years back, and VR meant visiting a special arcade or something of the sort. The charm of having a VR installation right in your own home is something that hasn’t worn out yet for most VR enthusiasts using the Rift.

While some claim that the Rift is as easy to use as a game console, this is not quite the case, as some level of setting and calibration is involved. However, the resolutions of the Rift are in dire need of an upgrade, even as competing devices forge ahead, and visual resolutions improve across the industry. The price of the Oculus Rift, while not exorbitant, could hardly be called inexpensive. However, if you look at the price of cutting edge devices like the HTC Vive Pro, the Oculus Rift, while offering lower resolutions, suddenly looks positively economical.

The Rift is simple, beautiful and practical

That’s really a winning combination. It is lightweight (it weighs only 380g), the helmet is easily worn, and the slick finish makes it look less like a gadget and more like something right out of science fiction. While it does tend to heat up with use, this does not become unpleasant. Moreover, the strap system is easily adjusted when the headset is on your head, and the lens adjustment button is more convenient than the Vive.

However, the ergonomics could be improved, especially when the headset is worn by someone who wears glasses. The layer of protective foam is very thin in some areas, or too thick in others. Thus, especially around the cheeks, the headset tends to press on the skin, and cause discomfort to a greater or lesser extent, depending on the individual shape of a person’s face.

How does the Rift compare to the Vive Pro?

A comparison is rather unfair, considering the exorbitant cost of the Vive Pro. That said, if you have the money to spring on a Vive Pro, it is the superior alternative at the moment, in terms of resolution and clarity. Do bear in mind that its massively enhanced resolutions demand enormous computational resources, which also massively increases the ultimate costs of a Vive Pro VR setup.

However, considering its price, the Oculus Rift certainly delivers

The Rift costs just $400 as of now, while even the classic Vive retails at $500, and the Vive Pro is too expensive to mention to people who don’t have a bank balance that can handle economical shocks of considerable magnitude.

The Rift really wins people over in terms of sheer performance. Its 5.7-inch OLED displays at 90Hz create resolutions of 1080p for each eye, or a combined resolution of 2160p x 1200p. You’ll have a viewing angle of 110 degrees, which sort of makes it feel like you’re looking at virtual reality through a scuba mask, but which one rapidly gets used to. On a reasonably high end machine, frame rates of around 45 FPS should be easy to reach.

Another big surprise is the sound quality. The headphones built into the headset do not look to impressive at first sight, but they offer a quality of sound that is not only perfectly adequate, but which actually generates a realistic ‘sound stage’ and creates good sound isolation.

Why, it varies from game to game. No matter what the level of your display hardware – and that’s really what the Rift is – what you actually ultimately see in VR depends on the graphics of the app you’re using or the game you’re playing. It also depends on the computational power of your PC or VR laptop. But if the graphics of the game are great, the immersion and graphics quality created by the Rift are excellent. To most users, VR does become a convincing alternate reality with the Rift. 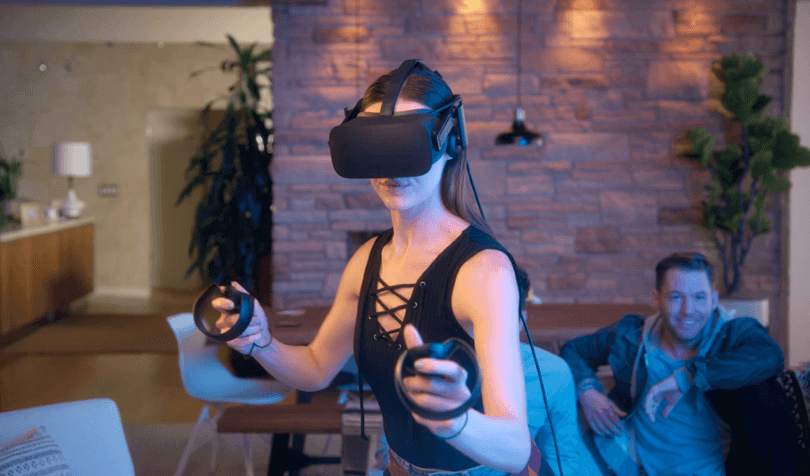 A great catalogue of games!

When the Rift first came out, it struggled against a lack of content. That’s now well in the past. One of the main strengths of the Oculus Rift today is its games catalog, with a growing number of exclusive games of very good quality.

In order to differentiate itself from its competitors, Oculus has chosen to form partnerships with various developers to ensure exclusivity on certain games in virtual reality. In fact, the Oculus Store is already full of exclusive titles of excellent quality, and the list continues to grow over the months. While we are hardly going to go into all the games available for the Rift here, I’ll just mention two or three to show you what the Rift could do for you.

From Other Suns, a cooperative space game for the Oculus Rift

From Other Suns is one of the most ambitious virtual reality games ever. Three players can join in VR to take control of a spaceship with the goal of returning to Earth. Finding resources, trading and fighting enemies are some of the ups and downs that await them on their journey home.

The timeline of each individual game you play in Other Suns is computer generated, so that no game resembles a previous one. The number of weapons you could collect is theoretically infinite. The content is colossal.

This game is simple but effective. Two players face each other in an arena, and throw a frisbee. The goal is to score a goal in the opposite camp. Standing on a mobile platform, players move by swaying from right to left.

The idea is to grab the disk in flight to send it back to the opponent. Walls on the sides of the arena help to bounce the frisbee. Each time it is sent back, the disc gains speed, which intensifies the rhythm of the action.

The Mage’s Tale, a virtual reality RPG for the Oculus Rift

In The Mage’s Tale, developed by InXile Entertainment , the player takes on the role of a sorcerer’s apprentice. The title features more than 10 hours of adventure , during which the player will have to create his own spells with an ingenious crafting system, defeat hordes of enemies by casting elemental spells with Oculus Touch controllers, discover hidden secrets in the depths of the dungeons and solve various riddles to find his master.

Those are just a taste of the games and apps available on the Rift – as you can see, there’s a wide selection that ranges from sci-fi to fantasy to horror.

Should I buy the Rift?

It all depends on your budget. If you can afford the Vive Pro, go for it. There are apps that allow you to play the entire Oculus library on the Vive. However, most people could not afford the Vive Pro. In which case, the Oculus Rift does provide an excellent VR experience at what has become a very competitive price. Whether for the gamer or the VR enthusiast, the Oculus Rift at the price it is available for today represents excellent value for money.

Get Oculus Rift on Amazon 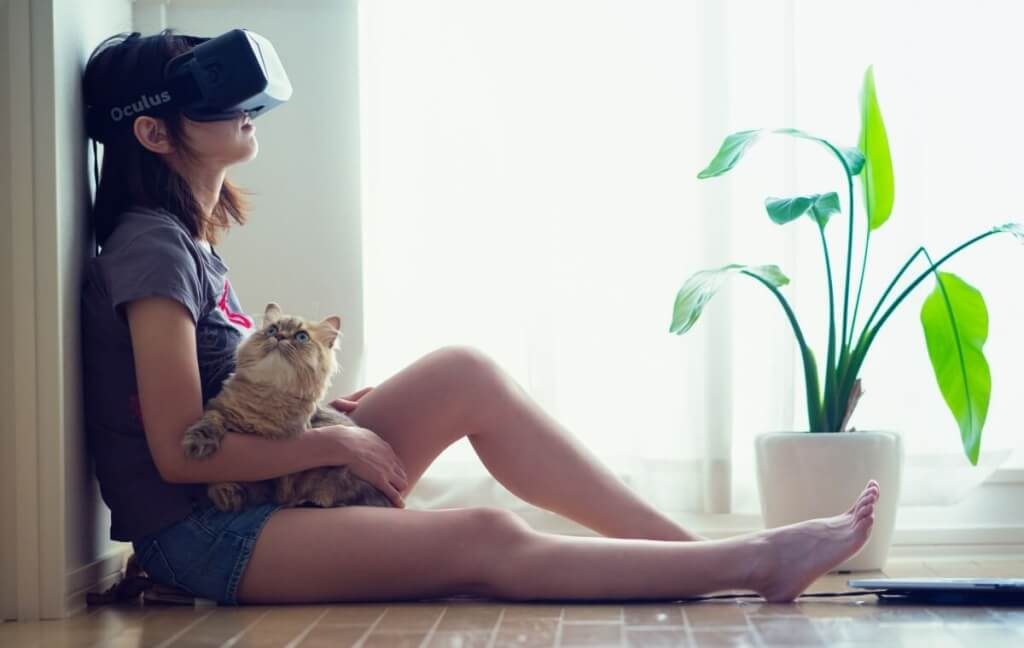