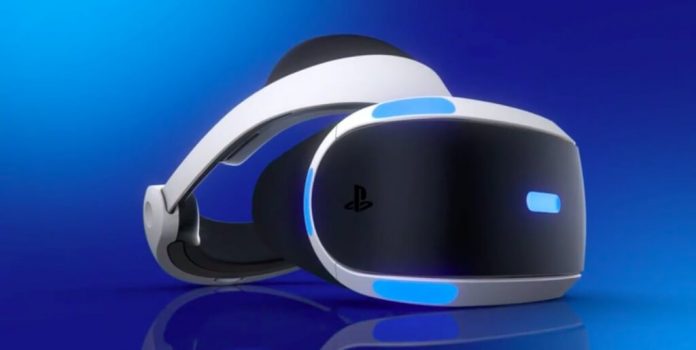 Something as simple as getting the print of one of your fingers on a lens of your PSVR headset can cause blurred vision in VR, and completely ruin the immersion of your VR experience. You could easily touch your lenses if you reach into the headset to scratch an itch, or to adjust a flap inside the headset. If you do get a print on a lens, that involves removing the headset and cleaning it out, and that itself carries with it the risk of scratching the lenses. 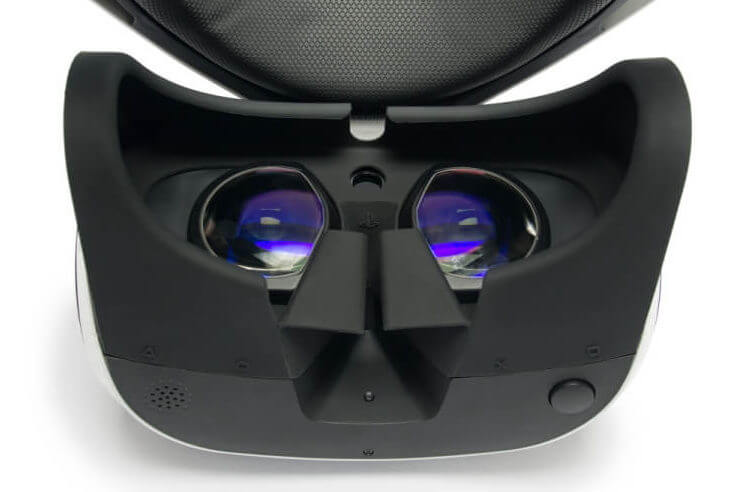 Wearing eyeglasses is necessary in VR – if you need them, of course

The PlayStation VR is designed to fit glasses. And if you thought you might not need them, because the screen is technically closer, that’s not the case at all.

Sony’s virtual reality headset simulates an image that is away from your eyes, despite the nearness of the screen. If you don’t wear your glasses with your VR headset, you will have the same vision issues as you would when viewing any object that is far away.

Adjust the headset and headphones so that your glasses do NOT touch the lenses, nor should the headset force the glasses on your nose: your experience of VR might otherwise become rather painful.

Wearing eyeglasses while playing is the greatest threat to the lenses

If you wear glasses, and play active games, your glasses can make regular contact with the lenses of the headset. While glass is an extremely hard substance, and not many other substances can scratch it, glass scratches glass easily. After a few active games wearing glasses, you may find that your PSVR lenses are badly scratched. And that’s bad news.

Remember that the lenses of the PSVR are glued in place, so if you scratch them, it’s not just a question of unscrewing the old lenses and putting in new ones. No, you’ll have to take the PSVR headset down to the Sony service center, and they’ll charge you a flat fee of a hundred and fifty dollars to fix the problem. That’s quite a price to pay for what should have been a simple lens change.

This is really not very consumer-friendly of Sony, obviously. It would have been just as easy to have lenses that screw out. Consumers could purchase fairly cheap replacements if they get scratched, and screw in those replacements themselves. Unfortunately with the lenses being glued in place, any thought of replacing them outside of a service center is quite unrealistic, especially as no replacement lenses are even available.

That brings us to lens protectors

If you can’t replace the lenses, what you can do is protect them before they get scratched. There are quite a few lens protectors on the market, and installing one of them will ensure that your PSVR headset does not require a $150 maintenance procedure in the near future.

Hyperkin lens protectors are easily available and effective. However, they can be a bit of a problem to get into place. Once you do, you can rest assured that the lenses of your PSVR headset are safe from damage. Best of all, your vision in VR is just as clear as before, with no interference from the lens protectors. A pair we tested worked well without issues for half a year.

They are worth it, because it’s quite easy to get the lenses scratched even if you’re very careful when you use the PSVR headset. For example, you might lend it to someone with glasses, and they might scratch the lenses without even realizing that they can be scratched. With the Hyperkin lens protectors in place, one never has to worry about something like that. 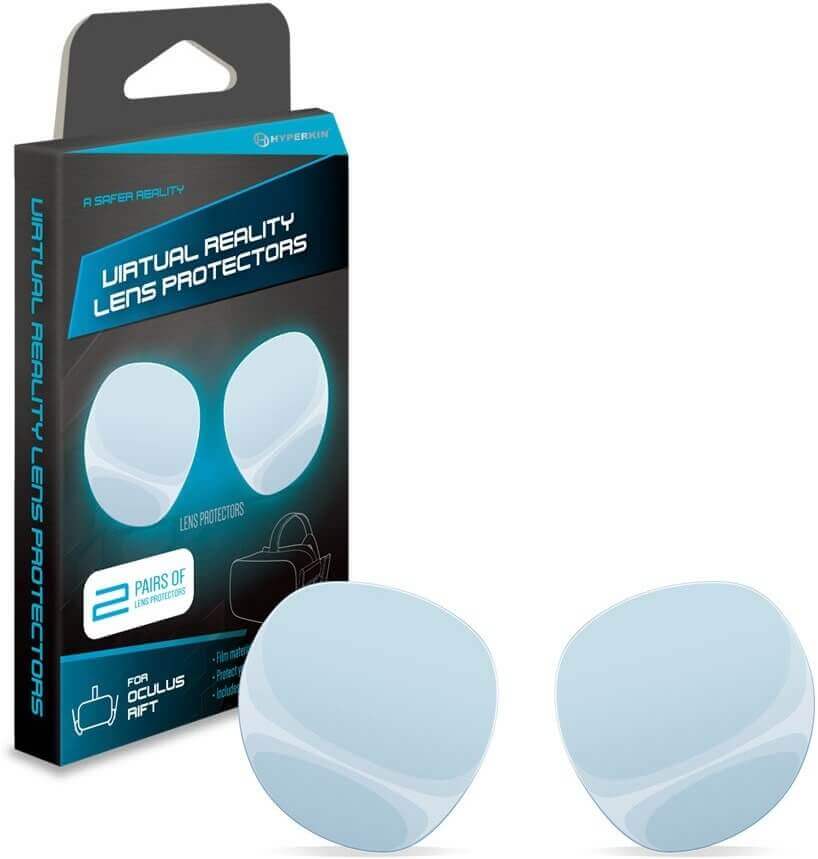 How easy are they to put on?

Experiences vary greatly. From what we’ve heard, they can be anything from effortless to get on, to a great deal of trouble. We’ve never heard of a case where a user failed to get them on, though. The company sends you spares along with your purchase, so even if you fail to get one pair on, you can just try again.

Before we tried to get the lens covers on, we first made sure that the PSVR lenses were perfectly clean and clear. While the visual clarity in VR is excellent with these protectors in place, it’s nice if you own a lens pen, as this is really the best way to clean them. You’ll also need to clean the lenses of the PSVR, as well as give the protectors themselves a ‘once over’ before you install them, to make sure that no particles or grime are caught between the actual lenses and the lens protectors, once they are in place.

Here’s one of the best lens pen products

Fitting on the first lens cover was a little troublesome, since the ring of a rubber that surrounds it was slightly out of place when we got it on. We can blame that on our lack of experience. Actually, we don’t think this slight placement issue with the outside ring would have been visible once the headset was on, but we removed the cover with the tool provided with the lens covers, and then adjusted the outer ring a bit before putting the lens cover on again. This time we ensured that the side where we’d had an issue went in first. The lens cover went on perfectly. It was time to put on the second one.

This one went on without the slightest problem, and the result with both the protectors in place gave no cause for complaint. And the visual experience in VR was perfect.

The lens covers seem to be much easier to clean than the original lenses of the PSVR. Grease doesn’t seem to build up along the edges, and the covers themselves are designed so you can clean them completely. Shipping can be a trifle slow, since they come in from Thailand. Mostly, the lens covers should arrive within ten days. We had to pay no extra taxes on this item, though that can vary from country to country, of course.

Made of strong polycarbonate material, these lens protectors are easy to put into place, and they work reasonably well to protect your lenses.

These protectors also have a special coating that works to screen out the lowest spectrum of blue light from the display, which has been proven to be harmful. This special coating also works to increase contrast, and the sharpness and clarity of your VR experience. This makes virtual reality considerably more immersive. These lens protectors also resist both static and liquids, which makes them much easier to clean than the original lenses of the PSVR headset.

These protectors come with a special tool that allows them to be removed easily, as well as extra outer rings to seat the lenses on. There’s also a case to hold all this.

Installation is really quite easy, though you may make mistakes the first time around. The Lens Lab protectors do require a special technique to push into place, and that’s a learning experience in itself. Not a particularly difficult learning experience, but you probably won’t get it right the first time. Don’t worry, it becomes much easier once you’ve done it once or twice.

All you have to do is put the lens protector in place so that it is in line with the lens, and push it on, with the force applied as evenly as possible. Sometimes, when you do this, a portion of the outer ring may show a bit, but this is invisible in VR, and what’s really important is that the lens protector fits in place tightly.

One could push harder in an effort to push that outer ring completely in place as well, but we chose not to do so as we didn’t wish to risk damaging the PSVR’s lenses themselves. It really would be rather too ironic if we were to break the PSVR’s lenses while installing something designed to protect them. There’s a nice demonstration movie on the company’s website, and all you have to do is follow it, to get the protectors in place. We’ve used these protectors for about two months or so, and they’re still in perfect condition, and so are the PSVR’s lenses.

Find out the best deals on Amazon