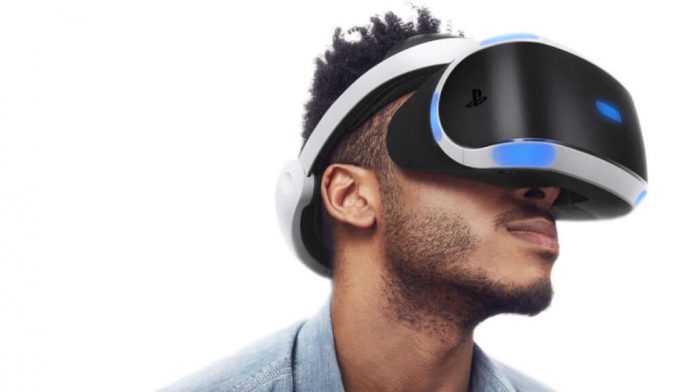 As we have covered in the previous article, PSVR with its 4.50 update has brought the possibility of enjoying a full-blown 3D experience from the comfort of your own home, without the need of buying a 3D TV.

The experience of watching 3D movies on PSVR is comparable to one where you possess a large 3D projector with you being the sole viewer in front of the screen in a cinema designed just for you.

As we have mentioned in our article, TV manufacturers have shifted their focus from 3D TVs to 4K and 8K resolution monitors. However, as every 3D enthusiast might know, there is no shortage of 3D movies, and the number of available movies is increasing each year.

Before we get onto our list of 9 titles which, in our humble opinion, might be the best choices for PSVR watching, we will use this opportunity to refresh our memory a bit regarding the necessary settings needed for maximum viewing pleasure.

How to watch 3D movies on PSVR using LittlStar App

As we have covered in depth in the article linked above, to use the PSVR 3D capabilities, first you need to ensure that the system is up to date. To be more precise, you need to have your system upgraded to version 4.50, but since the process is automatic that shouldn’t be an issue.

Next, you will need a USB device and a Littlstar application installed. You will need to transfer your video files on to a USB stick. You will then plug the stick into your PS4, but there are some extra steps that need to be taken as well. Here are some tips on how to achieve just that. A quick tip to being with – be mindful of the file names.

First, make sure that you format your stick as either FAT32 or ExFAT. FAT32 has a max file size of 2GB so ExFAT is better. But it is possible you may need to try both. Be mindful that not all USB sticks are PS4 compatible, so don’t despair if your USB isn’t working, try another one.

The process of formatting a USB stick for Windows is pretty straightforward, but it’s somewhat complicated on a Mac. You need to explicitly choose the “Master Boot Record” scheme when formatting. In order for this option to show up, you need to have clicked on the top-level USB device on the lefthand device list and NOT on the volume name indented/nested underneath the device name. Otherwise, the Erase option will be greyed out and unselectable.

Once you have the USB formatted correctly, make a folder on it called “littlstar” (note there is no E in littlstar). Put all of your video files in this folder. For video files to be supported by Littlstar app, they need to be properly named, since the PS4 uses side-by-side 3D, your file name should be „*movie_name*_3dff_sbs“. For any additional issues be sure to check the official Littlestar documentation as well as our article. 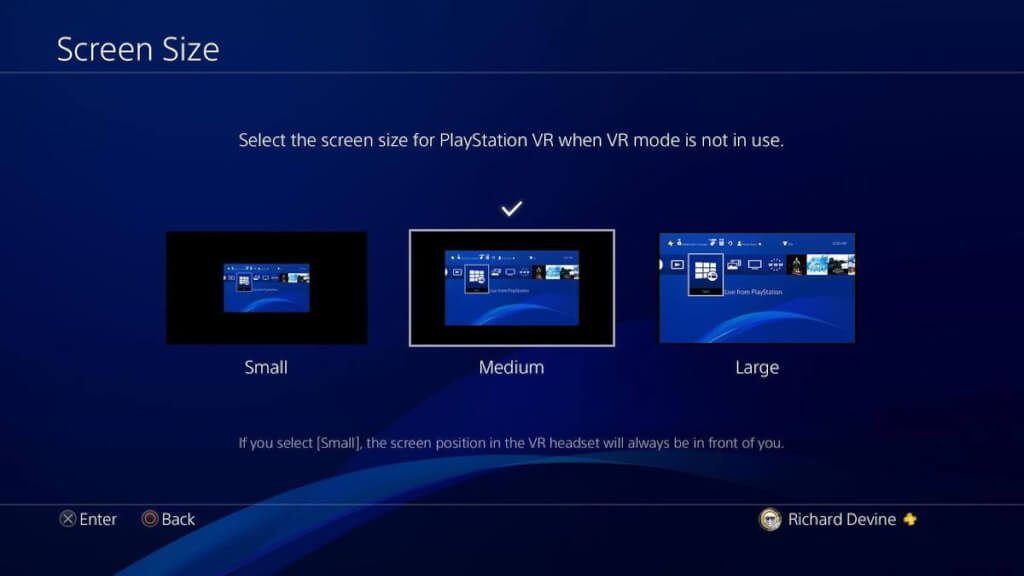 Next thing to do is Adjust the cinematic viewing settings on PSVR to your preference. We recommend going with the Medium setting.

After you have done all the necessary steps, just open the Littlstar app and go to the Library option where all of your files shall be visible. Then make sure you are seated comfortably, lay back and enjoy any (or all) of these 9 gems, chosen for your viewing pleasure.

For those wanting to witness the mayhem and destruction of epic proportions, there is no better viewing experience than Pacific Rim. This giant robot vs giant monsters blockbuster has everything you could hope for. Although not originally filmed in 3D, the director Guillermo Del Toro spent almost twice the time than the norm on the conversion, and the result is the best possible 3D experience.

The extra layer of depth given by 3D boosts the movie performance in numerous ways. The war-torn, ravaged cityscapes are brought to life in front of your eyes. Towering mechas are given presence, while the thundering monsters are given a deadly punch. The remarkably natural-looking 3D brings waves crashing down in front of you, as well as skyscrapers, bridges and almost anything else you can think off. Definitely one of the best 3D movies made, on par with the rest of the 3D titans.

How could we not include Avatar on our list? Revolutionary director James Cameron brought the 3D trend upon us with his tale of planet Pandora and its tree-hugging inhabitants, brought in conflict with Earth’s attempts to bleed the planet dry. The Cameron’s world is truly a breathtaking triumph of technology.

With his painstaking perfectionism, the landscape of Pandora is brought alive in front of your eyes, given depth and life and its pacifist inhabitants have to strike a chord with anyone who has watched the movie. How could anyone forget Jake’s flight scene at the back of a mountain Banshee, huh? His fulfilment of a lifelong dream of flying translated into one of the most thrilling 3D sequences in existence.

Alfonso Cuaron’s blockbuster with Sandra Bullock as an astronaut desperately floating in the vacuum of space required almost all of the combined rendering power of UK’s CGI industry to make, but the result is a pure 3D masterpiece rewarded with seven Oscars.

The movie absolutely must be viewed in 3D, you will feel the panic and misery of Sandra Bullock as she tries to survive the harsh and unforgivable conditions of space. One of the most memorable scenes in the movie, where the debris is hurled towards the heroes, will leave you gasping for air.

Director Robert Zemeckis has turned out to be the best choice for translation of one of the most amazing human achievements into a 3D experience. The Walk is a story of Philippe Petit’s stroll and a tightrope between the Twin Towers in 1973.

As our hero steps on the wire, determined to make the walk, the camera sends our eyes on the plunging 1300 feet abyss of fatality, making us feel a vertigo-like moment of shock and awe for the achievement pulled by Philippe.

The story of pure determination, conviction, and willpower, the Walk 3D will leave you with a feeling of amazement at the power of a human spirit.

In the aftermath of a civilization collapse, humanity is concentrated into few mega cities where the resemblance of order is achieved by Judges, serving as judge, jury, and executioners. Marvellously crafted 3D gem of a movie, it puts its 1995 Sylvester Stallone adaptation to shame in all aspects.

Bloody, violent and claustrophobic, the 3D effects intensify and illustrate the psychotropic effects of the Slo-Mo drug used by future criminals. The movie is sprinkled by beautiful moments of carnage that will make you try to dodge the blood splashing out of the screen.

Hugo is Martin Scorsese’s playful mixture of stories and ideas. It is a story of a young boy trying to make his mark in the world without the help of his departed parents. The movie is director’s ode to the magic of the cinema and sense of wonder and awe that the medium inspires. The movie is easily one of Scorsese’s greatest achievements.

Emotionally charged, set in Paris train station in the 1930s, the 3D brings life to the crowds and trains rushing into the station. Everything in Hugo is delicately crafted, from the costumes to the emotional finale, and 3D is no exception.

The continuation of a saga that has captured the imaginations of past, present and quite probably future generations, Star Wars: The Force Awakens is a love letter to fans, invitation to newbies as well as a visual marvel in its own right.

Its 3D effects only boost its spectacular and thrilling visual narrative that has given fresh life to the space epic. The 3D effects have struck a good balance and give a lot of dimensionality to a lot of scenes, be it deserts of Jakku or the cockpit of iconic Millennium Falcon. The movie is a visual treat and a must-view experience for anyone.

Fans of the original movies might have a thing or two to say about its new reboot. However, no one can deny the masterful 3D effects that make the movie a fun and immersive experience.

The movie seems like a journey through a haunted house, where ghosts can pop up at any moment. The 3D technology gives these moments an even bigger punch. Director Paul Feig smartly made sure not to overdo it, using these tricks only for specific scenes while making sure that the pesky ghouls never get in the way of comedic exchanges.

The director really went the extra mile. At certain moments in the movie, objects even break the frame and go into the black area and letterboxing, thus extending the 3D view of the spectator giving it that „Coming at you!“ moment. Simple, but works like magic and is quite possible done uniquely in this manner. Truly a guilty pleasure.

There is a distinct possibility that you have already heard of the name Ghost in the Shell. It stands as one of the best „man and machine“ stories ever told, the original anime has served as an inspiration to innumerable modern day films, not to mention Wachowski brother’s 2000 hit The Matrix. Its 2017 adaptation is even more relevant in today’s hyper-tech world and serves as a warning how our love of technology can go wrong.

The movie does the story justice, since the pressure in face of the original material was quite high, and unfolds the futuristic Tokyo in front of our eyes. In the world where the line between a man and a machine is quite blurry, you will definitely struggle to find it. The 3D effects are amazing, giant holograms hovering over the city are given life and you may feel their influence over you, especially with the violent, intimidating robots and their menacing appendages. Director Rupert Sanders had plenty of material to work with and he has done quite a good job.

Given the plethora of cinematic treats, we hope that we have planted an itch in the back of your head which can only be cured by experiencing these movie gems by yourself.
Don’t take our word for it, strap on your PSVR headset and plunge into the marvellous world of 3D cinema!