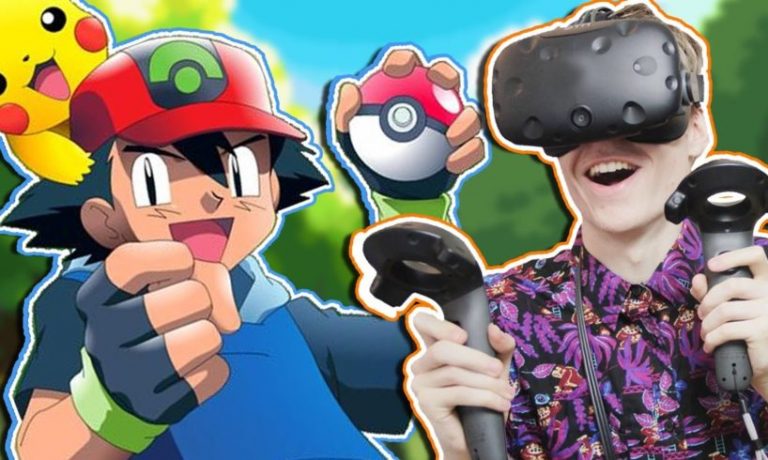 Pokemon Go is the augmented reality phenomenon that took the world by storm in summer 2016 and seemingly came out of nowhere, entirely unexpected. It didn’t require new hardware, it wasn’t particularly high-tech, it wasn’t space glasses from the future, and most importantly it was free! Who saw that coming? The great thing about Pokemon Go is that millions of users, young and old, have played it globally, observed others play it with astonishment, or read about odd experiences. Pokemon Go became the sensation that put digitally altered “versions” of reality on a worldmap. Literally.

So why has Pokemon Go become such a worldwide sensation?

First and foremost, Pokemon has a beloved place in our hearts. We matured with it, watched by doting Baby Boomer grandparents. Pokemon is a brand that is everywhere.

It took well over a decade since the first season of Pokemon aired for a product to come as close to our child hearts as Pokemon Go did. There are over 4 billion smartphones, tablets, and mobile broadband subscriptions. In other words, Pokemon Go came out in just the perfect time and in perfect market conditions to become the thing 2 years ago.

Also, Pokemon Go is different than Game Boy Pokemon games you played as a kid; it is especially accessible and handy with a central user loop that works for everybody.

Last, but not least, it offers pure mobile experience. You can play it ‘anywhere you go’ and this is the main reason why it happened like it did. But that’s not just the key to the success of Pokemon Go. Virtual Reality and Augmented Reality are nowadays intrinsically mobile, and mobility has determined most of the tech innovation of the last decade.

Augmented and Virtual Reality by their very nature describee “escapism”. Firm-fitting headsets with a head-mounted display like HTC Vive and Oculus Rift VR not only serve as a conduit to another world, but also captivate your senses. This is why Niantic’s Pokemon Go basically became a social phenomenon that’s artificially real in more ways than just using the camera while catching a Pokemon.

Pokemon Go set a stage for a social paradox that encouraged people to talk to one another in reality while keeping one eye on their smartphones. This is where Virtual Reality came in. Half-an-hour spent with your eyes glued to your smartphone screen, twiddling your thumbs across the surface flicking poke-balls meant half-an-hour where you were unable to multitask or jump between numerous stimuli.

However, Augmented Reality is yet to make any real contribution outside Pokemon Go’s wild success and Microsoft HoloLens and Google Glass are only recently making its way to the developers.

On the other hand, Virtual Reality is already an established, albeit a relatively small subset of digital entertainment. There are a number of issues that need to be resolved before providing the users with a truly immersive experience. When we talk about Pokemon in VR specifically, outside of a few workarounds and mods you can use to play your favourite childhood Pokemon games using your favourite VR headsets, there are no official Pokemon VR games out there yet.

However, it feels like Pokemon Games don’t even really need to rely on accurately replicating a player’s movement by providing full immersion. Suppose you are converting one of the many regions in GameBoy Pokemon games into a fully immersive first-person experience. There isn’t any explosive action sequence or any weapons that need first-person or 1:1 tracking. You are only taking the journey and issuing orders to your Pokemon during the battle, for example. There are multitudes of VR peripherals that you can use to simulate walking and interacting with pokeballs and Pokemon. Prototype demoshave even been made several years ago, but nothing came out of those for whatever reason.

Furthermore, with functionalities like head-tracking and motion sensing, Pokemon battles could finally be played from a player’s perspective.

But the Technology is more Diverse than it Appears

So, how would a proper Pokemon VR/AR game actually look like and how would it work?

Where does this leave Pokemon Go, ultimately?

Pokemon Go is a fairly basic AR app. It relies on the current smartphone technology, and while certainly the closest thing to experiencing our childhood memories, it’s still limited, both in terms of the game mechanics themselves and the feasibility of an even more immersive experience.

Hopefully, the advancement of VR will eventually lead to a Pokemon VR game that we can all love any enjoy. Until then, good luck with those curveballs!